Uber Is Out: Company To Leave San Antonio Despite Revised Regulations 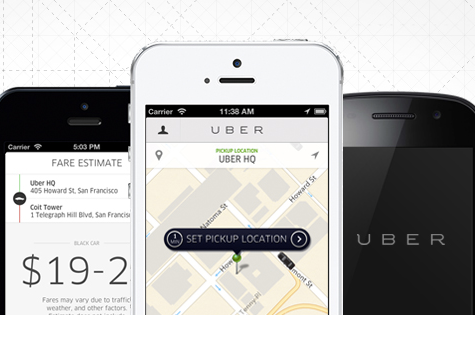 Uber has issued a statement to the San Antonio Current:

In one vote, the city has destroyed thousands of jobs and eliminated a safe transportation option. The city's decision to ignore the will of 13,000 constituents who repeatedly urged the city to keep Uber in San Antonio is disconcerting to say the least.

The revised ordinance remains one of the most burdensome in the nation. In addition to the duplicative and unnecessary driver requirements, the city imposed excessive insurance requirements at the 11th hour. We are disappointed that we will not be able to operate in San Antonio when this ordinance is implemented.

Uber announced Thursday its intent to exit the San Antonio market, following through with threats the company has made since the end of last year.

The company claims that the city's transportation ordinance, which was amended last December, imposed excessive regulations and created an unfeasible environment for the ride-share company to continue its Alamo City operations.

Uber Texas General Manager Chris Nakutis announced the company's decision to members of the press in Main Plaza following Thursday's city council meeting. Council members had just approved a motion to remove a requirement passed in December that required ride-share drivers to hold an excessive insurance policy of no less than $200,000. Other provisions passed in December, including regulations regarding background checks and driver fees, remained relatively unchanged after today's meeting.

The council voted today to appease both Uber and Lyft, who have been facing opposition from both taxi companies and the San Antonio Police Department since they arrived in San Antonio last spring. The city's nearly year-long efforts to create a regulatory environment that would accommodate the operations of ride-share companies were not enough to appease the Silicon Valley tech companies.

Nakutis released a statement to the press yesterday that expressed Uber's dissatisfaction with the city's efforts to once again amend the transportation ordinance.

Drivers and riders in San Antonio were hopeful when they learned Mayor Taylor would delay implementation of the redundant requirements and lead the charge to create modern regulations for ride-sharing in San Antonio. However this hope was short-lived as the City Council’s revised ordinance still includes many of the same duplicative and unworkable driver requirements. The anti-competitive provisions of the ordinance remain intact – many of them requiring drivers to spend time and money jumping through municipal hoops to achieve objectives already accomplished by the Uber platform.

The regulations adopted in December extend far beyond anything we’ve seen in the state. By the mayor’s own admission, many of these requirements are not “feasible.” Even with the proposed changes, this regulatory framework remains one of the most burdensome in the nation and stymies our ability to operate in San Antonio. This is why we asked the city to repeal the entire ordinance and replace it with smart regulations similar to those adopted by nearly two dozen other jurisdictions, including Austin. Without a full repeal, we will be forced to leave town.


And leave town they will, despite demands for consumers for transportation alternatives outside of taxi cabs. Uber and Lyft maintain that they are exempt from the regulatory burden imposed on traditional transportation companies. They affirm they are a technology company that provides a platform to facilitate rides-sharing by connecting drivers and riders.