Uber, Lyft One Step Closer to Operating Legally in SA 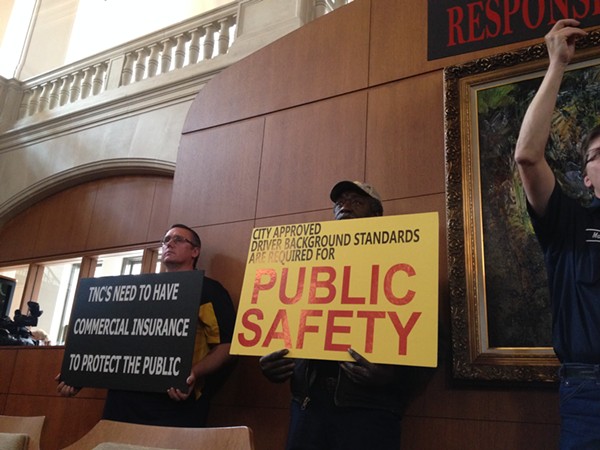 After another long Public Safety Meeting where more than 60 people signed up to speak, proposed regulations that would allow ride-share companies like Lyft and Uber to legally operate in San Antonio are finally moving to the full Council for debate.

But that almost didn't happen as committee members toyed with sending the proposed rules to yet another advisory board, this time the Transportation Advisory Board.

Perhaps District 10 Councilman Mike Gallagher summed it up the best when he said the the debate was already drawn out long enough and it was time "we stop kicking the can down the road."

District 6 Councilman Ray Lopez, one of five committee members to vote against moving the proposed rules to full council, disagreed with Gallagher, saying "this isn't kicking the can down the road."

Lopez said Lyft and Uber operating in violation of the San Antonio Police Departments cease-and-desist order disgusts him. However, Lopez said despite that, the committee has to deal with it. His solution was shooting it over to the Transportation Advisory Board. Lopez went so far as to offer a friendly amendment to Gallagher's motion to move it to the full council that would do just that. Gallagher, however, has had enough "kicking the can down the road" and rejected Lopez's friendly amendment.

As for the public comment period, those arguments were exactly the same as arguments brought during a Public Safety Committee meeting in August where more than 90 opponents and supporters signed up to speak.

The cabbies say they just want Lyft and Uber to operate by the same regulations (Chapter 33 of the Transportation Code) that governs their businesses while ride-share companies say regulations for transportation network companies don't exist in San Antonio.

Uber and Lyft began operating in San Antonio last spring. The San Antonio Police Department subsequently issued a cease-and-desist order to the companies, which have continued to operate. But police have only issued 14 citations to 7 people and impounded two vehicles. The police have also recommended adopting the proposed regulations that would allow ride-share companies to operate.