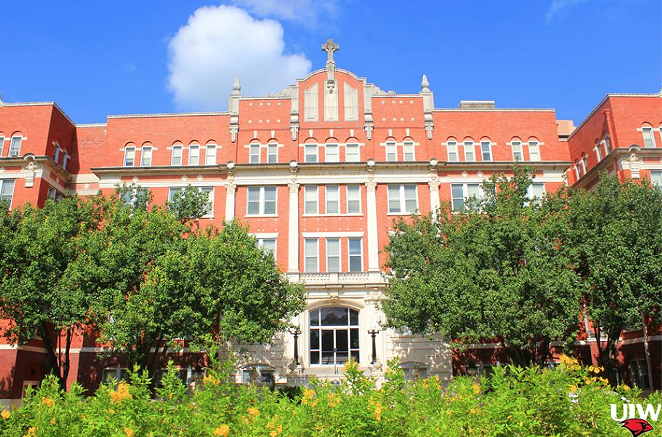 Last week, the University of Incarnate Word made the abrupt, surprising decision to place its president of 30 years on medical leave for 90 days. In a statement that was emailed to people within the UIW community late last week, board chairman Charles Lutz apologized to anyone offended by "sporadic uncharacteristic behavior and comments" supposedly made by the university's longtime, bombastic president Louis Agnese Jr. It was a curious statement without much explanation—half denunciation, half pity.

What made things even more confusing: Agnese, 65, was clearly caught off guard and infuriated that the school would call him sick enough to be put on leave without even so much as giving him a heads up (an odd response, considering Lutz's initial apology to the UIW community claimed Agnese had "requested" medical leave). Early this week, Agnese walked back his initial reaction to the Express-News (he'd vowed to "sue the pants" off Lutz), telling the paper he and the administration had come to an understanding. It just wasn't clear what that understanding was, and Agnese made his leave sound more like an extended vacation than anything medical-related. The university stayed mum, even as anonymous sources chirped to the daily about a possible brain condition being behind Agnese's strange behavior. Agnese, meanwhile, insisted there was no medical issue.

On Thursday, things got even weirder after the E-N unearthed an anonymous complaint that it says the school received this summer before UIW's decision to put Agnese on leave. In it, according to the daily, some "very concerned students" claimed Agnese spoke to some students, faculty members and administrators at a luncheon last week, during which he started cracking jokes about skin color.


It started with Agnese singling out an African American student who wasn’t wearing the school colors of Cardinal red. “Well, you’re lucky you’re black so you are in a way wearing Cardinal black,” Agnese reportedly told her.

Agnese went on to ask if there were any Native American students in the group, according to the complaint, and he said their “Indian-red skin color would also count as wearing Cardinal red.”

Agnese also reportedly quipped how Mormons were taking over the computer graphics and design school. And when he asked another student where he was from and the student answered “Dallas,” Agnese was quoted as saying, “No, where is your family originally from? You’re Indian, right?”

According to the complaint, Agnese made another student stand up, said she wasn’t good enough to get into any other program because of her poor test scores, and noted how lucky she was to be accepted to UIW.

The letter reportedly says Agnese even called a Hispanic faculty member by the wrong name (his name is Jaime, not José), and when the faculty member corrected Agnese, the president responded by saying, “Well, close enough, you look like a José.”

What makes the whole situation even curious-er is that some of those who have come to Agnese's defense since last week claim that underlying this whole mess are allegations of reverse discrimination against the university president. The Rivard Report writes that Jesus Rangel, a former UIW board member and decades-long friend of Agnese, said this of the president's current troubles: "The conflict is over a group of faculty complaining to Dr. Agnese that he favors Hispanic and African-American faculty and administrators over non-Hispanic and non-black ones. Agnese rejected that.” (We reached out to Rangel earlier this week but haven't yet heard back.)

Naturally, the board chair, Agnese's office, and apparently every other university official are now mum on the issue. The UIW press office gave us this opaque statement from Lutz on Thursday: "To confirm, Dr. Lou Agnese is on leave. The University does not condone conduct and comments that are contrary to its Mission." Agnese's office redirected us back to those university press handlers, saying the president's office wouldn't be making any further comment.

Among the questions that remain after this strange little dustup: Why would the university blame Agnese's jokes about black, Native American, Hispanic and Indian students and faculty on a medical problem? Why would the university say Agnese has a medical problem when, at least according to him, he doesn't? What of this complaint from at least some faculty about reverse-discrimination from the president?

Also: WTF is going down at UIW?

UIW sent out yet another message to university staff, students and faculty today in which board chair Charles Lutz says he and other trustees met this morning to "discuss the situation regarding" Agnese.

While Lutz's statement doesn't expressly mention or acknowledge the complaint about weird racial comments supposedly made by Agnese, he does acknowledge that "recent comments by Dr. Agnese are not consistent with the traditions and values of the University and cannot be condoned."

Lutz says the board's executive committee will make "a recommendation on this matter" to UIW's full board of trustees when it meets on Monday. He did not say what that recommendation will be.