Undead On Arrival: The 'Zombie Reign' Filmmaker's Trail Of Lies 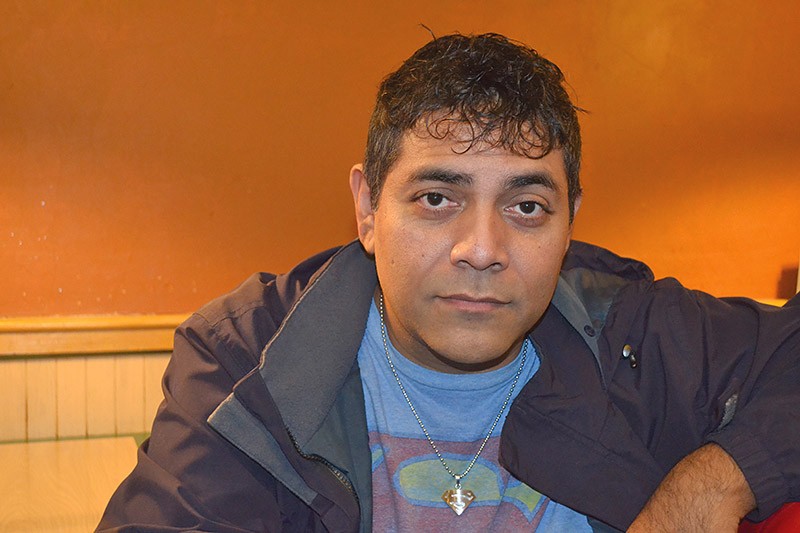 It all began after church.

In Sin City, of all places.

For young Ramiro Avendano, those Sunday afternoons with his grandmother, huddled inside a movie theater taking in double features, was when he began falling in love with film.

Avendano's enthusiasm for cinema grew as he grew up. He found his own creative outlet when he started making short films with his friends with his family's clunky video camera.

"We made movies on our free time," Avendano recalled. "We would build model spaceships and play Star Wars and pretend we were the heroes."

But to many members of the San Antonio film community, he's turned out to be the villain of his own story. A film project he spearheaded has created deep-seated controversy and animosity among his peers.

Instead of launching him into a directing career culminating with a shot at Hollywood, Avendano's Zombie Reign ended up dead on arrival. The ambitious horror flick, seven years in the making, is unlikely to ever see the light of day and has left Avendano fending off accusations of engaging in unethical, unprofessional and possibly illegal actions.

Avendano was born in San Antonio in 1970, but he moved with his mother when he was still a baby to Las Vegas, where most of his relatives lived. Years later, after several moves back and forth between SA and Vegas and limited by a lack of a college degree, he remained unsure what he wanted to do with his life.

John Lopez has known Avendano since they were 12. They went to Las Vegas High together in the late '80s. They still see each other occasionally when Avendano goes back to visit.

Not that Lopez seems to think particularly highly of his lifetime buddy. Or perhaps more like he's come to accept his troublemaking ways.

"I always knew what kind of character Henry was," Lopez said, using Avendano's childhood nickname. "He was the type of person that would steal tips off the table when we would go out to eat so he wouldn't have to pay for his food. I don't think he's ever changed."

Eventually, Avendano finally decided to make a go of his filmmaker career. He dug up a short story he had written back in high school to try to develop it into a full-fledged movie script. Thus Zombie Reign was born.

"It was like my dream was taking form," Avendano told the San Antonio Current in one of several interviews in February.

A pause and a sigh later, his next words foreshadowed the debacle of his high-stakes project — as well as his cinematic career.

"Maybe I bit off more than I could chew," he uttered.

Rochelle Dernbach met Avendano in 2011 when they were both living in Las Vegas. She was 18 then. Avendano, 41 at the time, found her through Facebook, recruiting her for his fledgling movie. A self-described theater geek, Dernbach was tempted by the possibility of making a name for herself. She agreed to meet Avendano to talk about taking the lead female role.

Turned out she wasn't the first nor the sole person offered that gig. But she didn't know that at the time. All she cared about was getting her big shot, slated to perform opposite Avendano, who was not only directing but also playing her love interest. Dernbach said he compared their on-screen relationship as "being like Hans Solo and Princess Leia from Star Wars." She did start having second thoughts when Avendano tried to shove his tongue down her throat during rehearsal.

"I was unprepared for that and was not very comfortable," Dernbach told the San Antonio Current. "It was shocking and embarrassing." But since they were working without a script, it's hard to say whether Avendano was taking it too far.

But he did pick up on her hesitation and seemed none too pleased to learn later she was dating a member of the crew. So, apparently, she paid for it. Dernbach said she was demoted from lead actress to production manager.