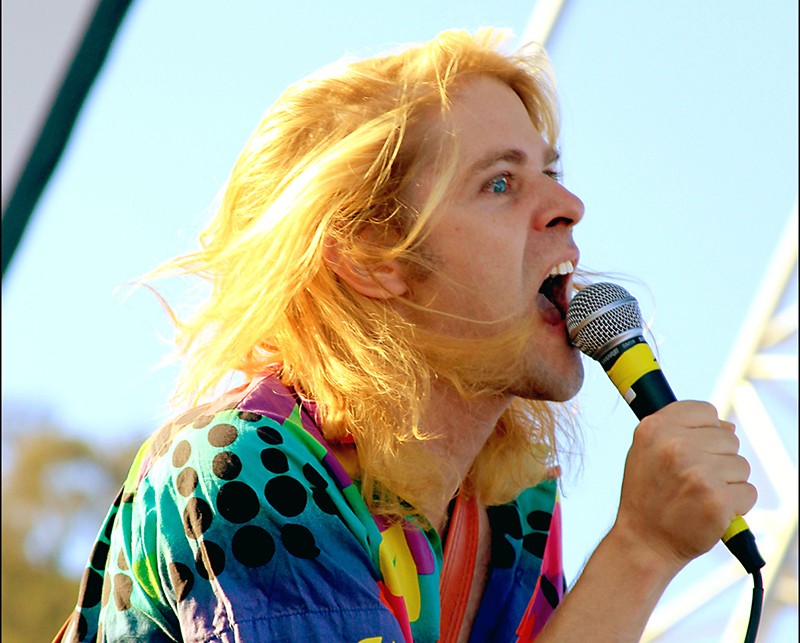 What the hell can we make of Ariel Pink? He's a cracked pop-savant, assembling scraps of half-forgotten Billboard hits around pyscho-babble lyrics in inexplicably alluring ways. A troll of the first order, as likely to throw shade at Madonna as to defend the rights of the Westboro Baptist Church; an unabashed creep, who can make a charming request like "Put Your Number In My Phone" into a dirty old man's come-on. But in spite of — or occasionally because of — these antics, Ariel Pink matters, and it isn't just a matter of shock value.

Let's start with his music, which is characteristically about as unplaceable as the dude himself. Hyper-Pink fans have long fetishized the small truckload of hometapes the LA-based singer-songwriter produced in the late '90s and early 2000s. Pieces of these barely decipherable works eventually were assembled Frankenstein-style into his most accessible record — 2010's Before Today — making a strong case for Pink's status as a bedroom-pop Brian Wilson. But if Before Today, and its ostensible hit "Round and Round" remain his most recognizable work, it's last year's pom pom which feels like his most representative.

The 80-minute release stands as a flippant epic, with Pink running through ultraviolent glam-rockers ("Not Enough Violence"), surf rock send-ups ("Nude Beach A-Go-Go") and oddly earnest bubblegum love letters ("One Summer Night") in a way that keeps even the most out-there styles locked into his own odd orbit.

He's taken far more heat, however, for his public comments, which have seen him call out electronic artist Grimes for "over-reacting" to sexist comments, claim to have been maced by a feminist and fire off absurdist claims to The Fader about wanting to find a girl who'd "stay home and make French fries and have babies." For many, he became a beta-male misogynist, passively perpetuating gender stereotypes in the guise of edginess.

Given a scan of his lyric sheet, irreverence seems to be the common thread. But there's a bit more going on under the surface. Take Before Today deep cut "Menopause Man," in which he pleads, "Rape me, castrate me, make me gay. Lady, I'm a lady from today." As friend and fellow pop-weirdo John Maus elaborated through a tweet attachment, the track affirms a larger theme of sexual ambiguity in Pink's work.

"What he affirms and defends in everything, precisely, are the innumerable queers that residues of a sexual economy ordered to the sanctioned identities of 'man' and 'woman' only ever violently arrest," Maus posted.

That might be high-minded praise for the guy who wrote "Dinosaur Care-Bears" and "Butt-House Blondies." But his deconstructionist take on sexual identity at least stakes a claim, something that can't be said about your average Tame Impala or War on Drugs track. Within the sterile world of indie rock, he's a much-needed provocateur, setting fire to everything — including himself.