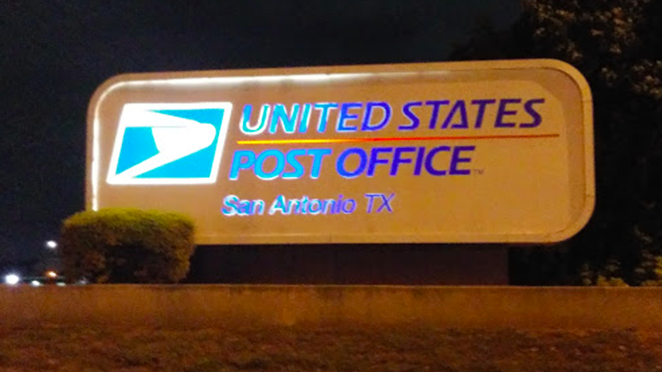 Members of the American Postal Workers Union Local 195 told Texas Public Radio that USPS has removed four of the 32 mail-sorting machines in its Perrin Beitel Road distribution facility. Each of the machines can process 35,000 pieces of flat mail hourly.

After initially telling workers the gear would simply be shut down but remain in the center, staff dismantled and removed the equipment, Local 195 Clerk Craft Director Carlos Barrios told TPR.

“They didn't just take the machines apart, they chucked them in a recycle van. They're gone, never to be brought back again,” Barrios said.

What's more, Barrios said procedures meant to curb overtime in the Alamo City are leading to delivery delays. He's seen some mail sit unmoved for weeks at the distribution center.

After taking over as postmaster in May, Republican megadonor Louis DeJoy has introduced drastic cost reductions at USPS. The cuts come as President Donald Trump has railed against mail-in ballots, claiming without evidence that they will undermine the upcoming election.

Democratic lawmakers have demanded that DeJoy testify about the delays and whether they were ordered by Trump to disrupt the election.

The postmaster will testify before the Senate Homeland Security and Governmental Affairs Committee hearing on Friday, the Washington Post reports, citing people familiar with the plans. DeJoy and another top USPS official will also testify Monday before the House Oversight Committee.