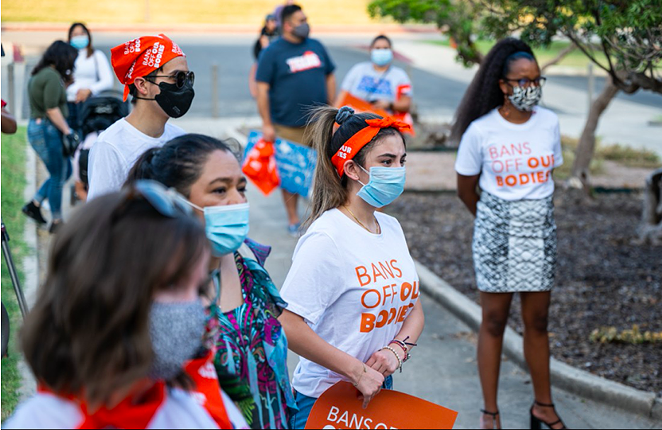 The Justice Department sued Texas on Thursday over its new law restricting abortions after about six weeks of pregnancy, initiating the first federal challenge to the ban.

The suit, filed in U.S. District Court in Austin, argues that the law violates the U.S. Constitution.

“It is settled constitutional law that ‘a state may not prohibit any woman from making the ultimate decision to terminate her pregnancy before viability.’ But Texas has done just that,” the filing states.

The suit, announced by U.S. Attorney General Merrick Garland, comes a week after the U.S. Supreme Court refused to block the law as requested by a group of reproductive health providers.

Championed by Gov. Greg Abbott and Republicans in the Texas Legislature, the new law was designed to get around previous legal precedent by allowing private citizens to sue anyone who helps a woman obtain an abortion in violation of the state's new rules.

Providers say that the law, which bans abortions before many women are even aware they're pregnant, prevents 85% of the procedures previously done in Texas. Planned Parenthood of South Texas has already stopped offering the procedure in San Antonio to limit its liability from lawsuits.

“This kind of scheme to nullify the Constitution of the United States is one that all Americans, whatever their politics or party should fear,” Garland told reporters, according to the Texas Tribune.

Abbott's office had no immediate comment on the suit.