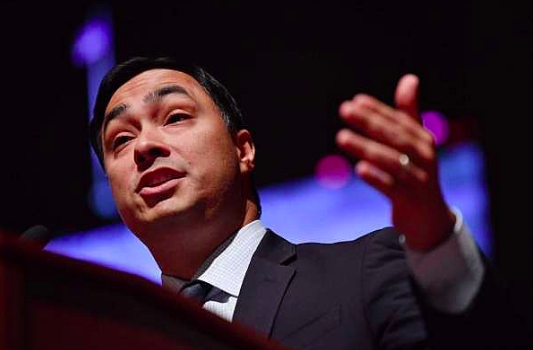 Castro, D-San Antonio, said he wants an assurance that the presumptive Democratic nominee will name appointees who can restore transparency and accountability to agencies including Immigration and Customs Enforcement, Customs and Border Patrol and the U.S. Citizenship and Immigration Services.

"I've encouraged the Biden campaign, including on a phone call with [Biden's wife] Dr. Jill Biden, to appoint real reformers to head DHS and its agencies, including ICE, CBP and USCIS," Castro told the Current. "It will take someone truly dedicated to get in there and work hard to undo the damage the Trump administration has done."

Trump, an immigration hardliner, has used Homeland Security and its related agencies as blunt instruments, drawing international outrage for policies that separated migrant children from their parents. The administration's "remain in Mexico" policy, which has forced asylum seekers to remain in camps south of the border while they await hearings, has also drawn widespread condemnation.

The Biden campaign, which landed a surprise win in the Texas Democratic primary, maintains it will be competitive in the Lone Star State. Experts say it will need surrogates such as the Castros to make headway in a state that's been dominated by the GOP for decades.

Joaquin Castro said Jill Biden "seemed receptive" to focusing on reform-minded picks for immigration posts. However, he added that "these specific appointments are still a long way off."