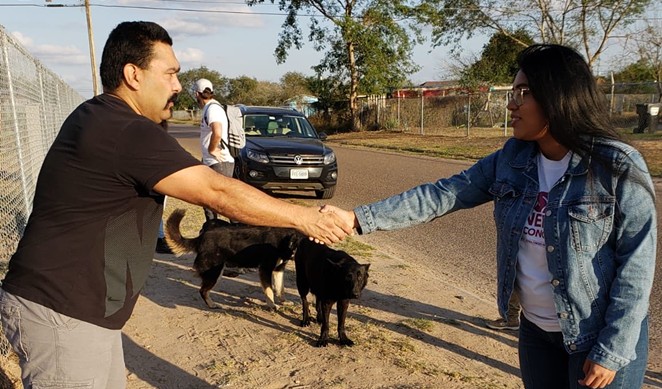 In one of Super Tuesday's most closely watched races, longtime U.S. Rep Henry Cuellar eked out a victory against emerging progressive star Jessica Cisneros for the Democratic nomination the 28th District.

With all precincts reported, Cuellar — one of the most conservative House Democrats — won with 51.8% of the vote, compared to Cisneros' 48.2%. The contested border district stretches from San Antonio to Laredo, hometown for both Cuellar and his challenger, a 26-year-old immigration attorney.

Much of Cisneros' support apparently came from the San Antonio area. She handily defeated Cuellar in Bexar County, commanding 66.8% of the vote, compared to the incumbent's 33.2%.

Many watched the race as a barometer for how well progressive policies such as the Green New Deal, which Cisneros supported, may fly in the conservative and oil-cozy Lone Star State.

Even though Cuellar's victory suggests Texas may not have turned from red to purple, the tight race suggests this won't be the last time voters hear from Cisneros.