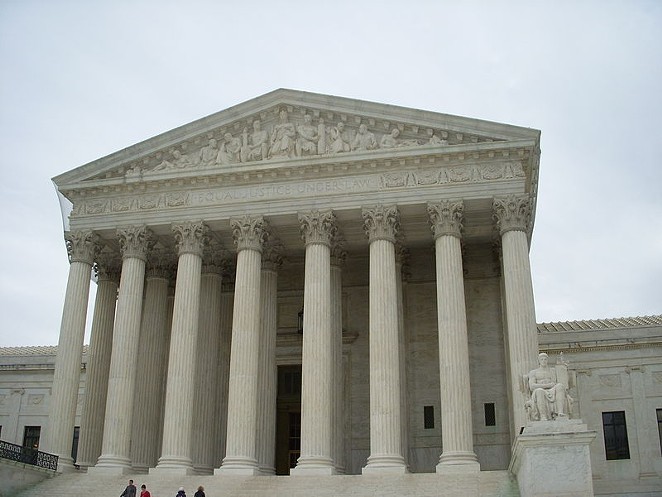 The U.S. Supreme Court has rejected an initial bid by state Democrats to expand voting by mail to all Texas voters during the coronavirus pandemic.

Justice Samuel Alito — whose oversight of federal courts includes cases coming through Texas — on Friday issued the court's denial of the Texas Democratic Party’s request to let a federal district judge's order to expand mail-in voting take effect while the case is on appeal. U.S. District Judge Fred Biery ruled in May that Texas must allow all voters fearful of becoming infected at polling places to vote by mail even if they wouldn’t ordinarily qualify for mail-in ballots under state election law. The 5th Circuit Court of Appeals stayed Biery's order while Texas appeals his ruling.

The decision means the state’s strict rules to qualify for ballots that can be filled out at home will remain in place for the July 14 primary runoff election, for which early voting starts Monday. Under current law, mail-in ballots are available only if voters are 65 or older, cite a disability or illness, will be out of the county during the election period or are confined in jail.

Still left pending is the Democrats separate request for the justices to take up their case before the November general election. The party’s case focuses primarily on the claim that the state's age restrictions for voting by mail violate the 26th Amendment's protections against voting restrictions that discriminate based on age.

The court's only comment on the decision came from Justice Sonia Sotomayor, who said she agrees with the ruling but indicated the Democrats' case "raises weighty but seemingly novel questions regarding the Twenty-Sixth Amendment" and urged the appeals court to consider the case in a timely manner before the general election.

"But I hope that the Court of Appeals will consider the merits of the legal issues in this case well in advance of the November election," Sotomayor said.

In order for someone to vote by mail in the July 14 primary runoffs, counties must receive their application for a mail-in ballot by July 2. A favorable decision for Democrats by the Supreme Court by early October could still allow for a massive expansion in voting by mail during the November general election.