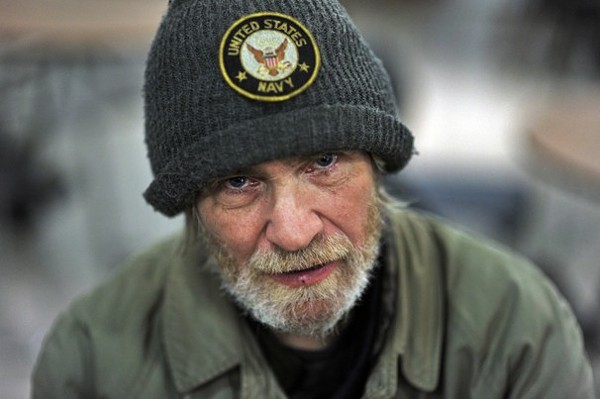 The effort in San Antonio is part of the Mayors Challenge to End Veteran Homelessness, a federal program that began in 2014. San Antonio accepted the challenge a year ago, joining over 600 other cities and communities. The goal is to reach functional zero — meaning every veteran has access to permanent housing, and that any veteran who's at risk of become homeless can be stabilized — by March 31, 2016.

Mayor Ivy Taylor, flanked by most members of the San Antonio City Council, said that the city's status as Military City U.S.A. makes it "even more urgent" to hit the goal at today's announcement.

Though over 800 veterans have been housed through efforts associated with the Mayors Challenge, there's still more work to do to reach functional zero. Travis Pearson, CEO of Family Endeavors and board chair of SARAH, said that there were just over 300 homeless veterans remaining on San Antonio's streets. The January 2015 point-in-time count, an annual census of the homeless population, put the figure at 284.

This year's point-in-time count will take place on Thursday, January 21, and should give a clearer picture of the exact number of homeless veterans in the city. If it's around 300, that means that approximately 3.5 veterans will need to be housed each day in order to reach the March 31 goal.