Cuban and American colleagues work on the design for a new archival facility in Hemingway’s basement in 2012.

When Ernest Hemingway committed suicide at his home in Ketchum, Idaho on July 2, 1961, the Cold War was in full swing and the United States' relationship with Cuba was in the gutter.

In 1959, Fidel Castro established the first communist state in the Western Hemisphere, and by April of 1961 — approximately two months before Hemingway took his life — the U.S.-backed Bay of Pigs invasion of Cuba failed horribly. By 1962, the Cuban Missile Crisis would be making headlines across the world.

During this increasingly hostile climate between the countries, Hemingway's fourth and final wife, Mary Welsh Hemingway, would travel to Cuba to pick up the pieces at her late husband's beloved home, Finca Vigia, or Lookout Farm, in San Francisco De Paula — a small community near Havana. 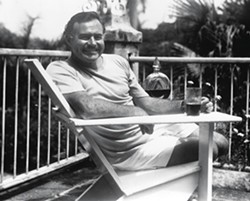 "When Mary Welsh Hemingway wrote to Fidel Castro to say she was coming back into the country, because she had been away, at that point, for more than a year — and, of course, a lot of things had changed in that year," explained William Dupont, a University of Texas at San Antonio architecture professor endowed by the San Antonio Conservation Society.

Dupont is a distinguished, but soft-spoken man. Inside his first floor office in the Monterey Building at UTSA's Downtown campus, he explained that since 2005 he has had special permission from both the U.S. and Cuban governments to travel to Finca Vigia, where he and a team of consultants collaborate with Cuban colleagues on restoring Hemingway's historic home.

"She was coming for the purpose of cleaning things out. And Fidel met her when she arrived and said the house has to be a museum. 'You can take two crates of belongings, personal effects, and the rest stays,'" Dupont said, describing what Fidel Castro told Mary Welsh Hemingway. "And so she stayed for about three months and went through everything and took the things, you know the personal effects, that was within the space allowed. And the rest remained."

Today, Finca Vigia is a museum visited by thousands of scholars and literary tourists from around the world.

But 11 years ago, the abode where Hemingway wrote a chunk of For Whom the Bell Tolls and the legendary The Old Man and the Sea was in dire straits. That year, both the National Trust for Historic Preservation and the World Monuments Fund listed Finca Vigia as endangered.

"It was a catalyst for attention," Dupont explained.

That same year, the Finca Vigia Foundation, through a partnership with the Cuban Ministry of Culture, made it possible for Dupont and a team of American experts to travel to the island nation to meet their Cuban counterparts and assist them in preserving an international treasure. 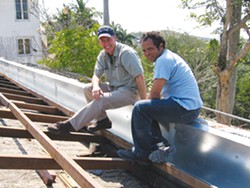 However, that relationship took time to foster because of cultural differences and decades of mistrust of Americans.

"There were presentations by Cubans and after about a day and a half we were allowed the opportunity to offer commentary, after many presentations about what was going on," Dupont said of that first meeting in 2005. "It was necessary and appropriate, but there was definitely a concern on the part of our colleagues there in Cuba that Americans were not to be trusted.

"That we tend to take and steal. That we claim credit for things that we didn't do. And, so, that was a preconceived perception there. And I won't comment on whether that was warranted or not."

Those first meetings were at Finca Vigia, which, at the time, was undergoing a process called disassembly as the Cubans were well underway with the restoration.

"They took the whole roof off. So when I first went to the house, all of the artifacts that are now within the house were in storage," he said. "They cleared it because it was taking in too much water through the roof and through the walls. And in order to keep everything safe, they took everything out of the house and they started to disassemble it and find the worst areas in need of repair."

The house was fully furnished when Mary Welsh Hemingway finished packing her two crates of personal effects, as well as being filled with books, innumerable paper documents — letters, personal writings, first editions, manuscripts, documents, maps and tomes full of notes in the margins — all of great value to scholars.

"The house is virtually a time capsule of Hemingway's life and belongings at the time of his death," Dupont said. "After he took his own life in Idaho, it was widely known to everyone, including Fidel Castro, and Castro apparently developed a plan ... the house needed to be a museum, for all the people of the world, but also for the people of Cuba, especially."

And that's because the literary titan was accepted in Cuba. 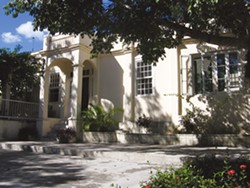 "He chose to live there for the last third of his life. So, even though he was an American citizen living in Cuba, he was accepted in Cuba as a Cuban," Dupont explained.

Like any home, whether it belongs to a legend of literature or to a third-grade teacher, the work never ends.

"With the management of museum properties you are never done. There's always another project that's coming down in the future," Dupont said.

Finca Vigia itself was renovated between 2005 and 2008. Currently, the Cubans are in the process of constructing a conservation workshop and an archival storage facility, where all those important documents can be safely stored.

"It's all there, but while it's currently maintained in boxes and in cabinets ... it's in a room that's inappropriate [for] archival storage for things of that value," Dupont said. "The objects are somewhat threatened where they currently sit; weather, humidity, temperature and exposure, and the building itself is not sufficiently robust.

"So I worry that in a severe hurricane event, there would be enough damage that it would hurt the collection."

This new archival facility also has its own historical significance.

"Presently, we're about to export a bunch of materials, products and tools and related equipment for the Cubans to finish the construction of this new facility," he said.

That's a result of relations between the two countries starting to ease under President Barack Obama's administration, which loosened sanctions on Cuba in January 2015. 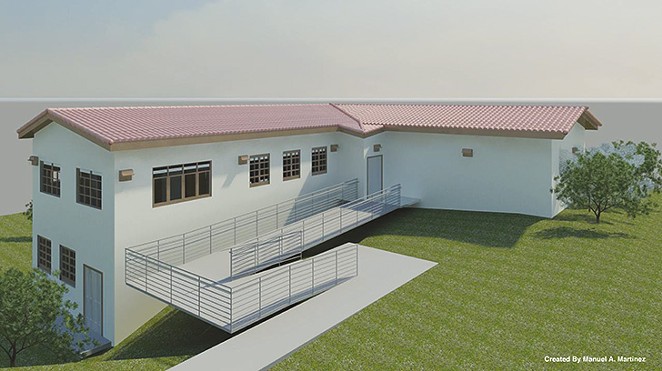 "And that needs to be rebuilt in order to house Hemingway's car. It's a 1957 Chrysler convertible, which they have stored onsite, and it's in the process of being fixed up so it can be displayed," Dupont said. "It doesn't have to run. We're just going to park it in the garage, but the garage currently has the executive director's office in it."

Without this special collaboration, Finca Vigia may not have outlasted the elements — or the ongoing American embargo. But for such a renowned author, all efforts to preserve Finca Vigia for the world are worth it. There are few writers, as Dupont notes, that attract the respect of such a diverse group of people, from Fidel Castro to John McCain.

"But that's what Hemingway does," he explained. "And that appeal certainly warrants the attention of an investment to make it into a museum property."