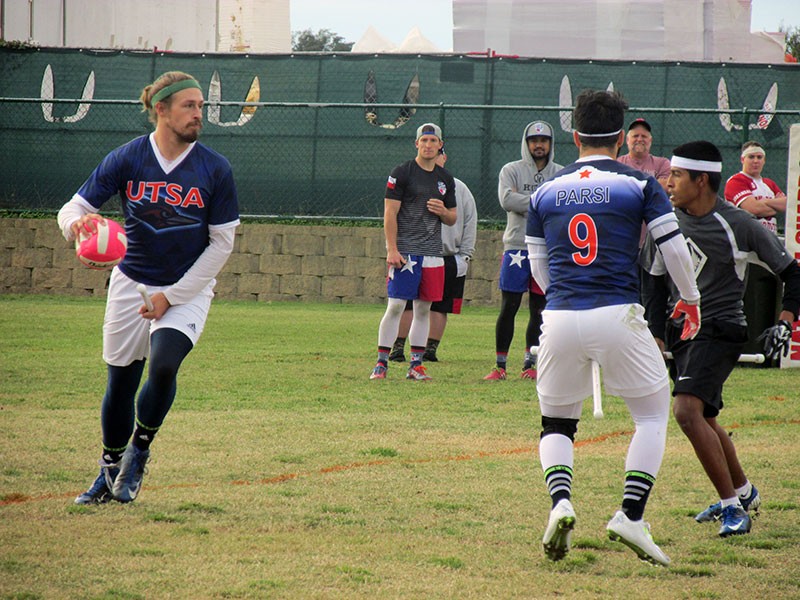 "Harry learnt that there were 700 ways of committing a Quidditch foul and that all of them had happened during a World cup match in 1473." - Harry Potter and the Sorcerer's Stone

For four years now, the University of Texas San Antonio has fielded a championship-caliber co-ed quidditch team. The sport, inspired by the Harry Potter novels, was first fielded in 2005 in Middlebury College in Vermont, where a group of students gathered to hold the first official quidditch tournament. The activity quickly grew in popularity, and by 2008, six college campuses in the Northeast had quidditch teams, according to U.S. Quidditch, the governing body for the sport, which was incorporated in 2010. Today, there are 4,000 athletes playing on more than 200 teams across the country. Though it was initially spurred on by the Potter craze, the sport has since taken on a life its own, and players take it seriously.

"I have a sports background playing football and wrestling in high school," said UTSA junior team captain Taylor Tracy. "I'm in my third year on the team. I met somebody in one of my classes my freshman year. I didn't know it was even a thing, but I thought it might be fun. After one practice I was hooked."

Played on a soccer or rugby-style pitch, quidditch is a strikingly complex game. Each team has seven players to a side: a seeker (the "Potter spot," if you will), a keeper (basically a soccer or hockey-style goalie), three chasers (scorers much like in basketball, soccer or hockey), and two beaters (defenders). Each player must at all times be "aboard" a broom (sadly, of the non-magical variety), and they have to run with it between their legs for the entirety of the match.

"I think [running with the broom] is the thing that prohibits people the most from excelling at it right out of the gate," said senior Shelby Rose, one of the team's senior members and coaches. "It can really hinder people. It doesn't come naturally to anyone."

As in the novels and movie, the seeker hunts down a snitch. Per the rules of U.S. Quidditch: "[The] snitch is a ball attached to the waistband of the snitch runner, a neutral athlete in a yellow uniform who uses any means to avoid capture. The snitch is worth 30 points and its capture ends the game. If the score is tied after the snitch catch, the game proceeds into overtime." 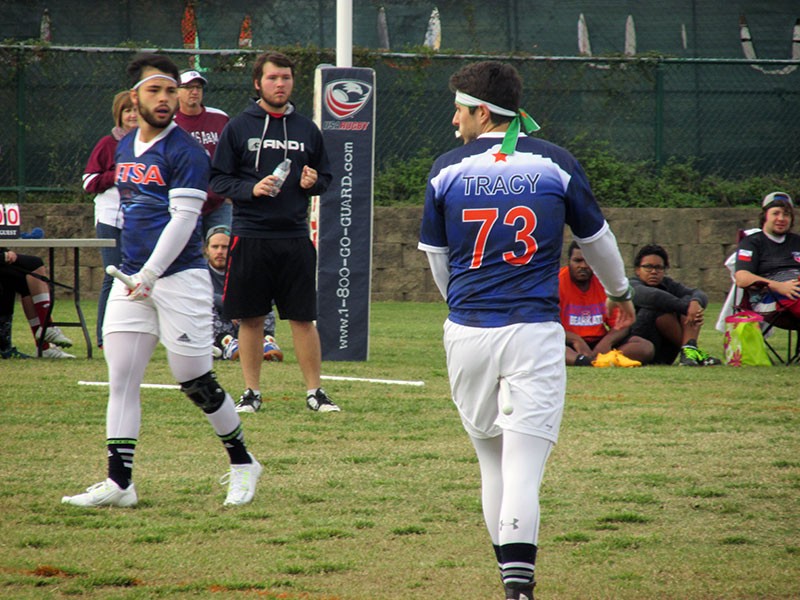 "The movement around the field, moving in open spaces, and the creative stuff for me is what I find most similar to the sport I played, soccer," said freshman Dylan Horwath.

The chasers score goals, worth 10 points each, by tossing the quaffle (a semi-deflated volleyball) through three hoops. They can advance the quaffle downfield by tossing it, passing or throwing it, and even kicking it. The beaters are armed with dodgeballs (aka bludgers) and it is their goal to disrupt the opposing team's "flow," as any player hit by a bludger is out of play until they touch their own goals.

"I love the strategy behind the sport," said senior head coach Azeem Hussain who has been with the team since its inception. "Our first year, we went to the World Cup for the first time. Last year, when we went we flew, but that first year, we all loaded up on a road trip to Kissimmee, Florida. You can imagine how long that trip was. But what was great was that we all came together. That's the best part of quidditch. It builds a community."

The team currently boasts more than 20 players and features a mix of returning veteran players and newbies to the sport. Quidditch is still a sport primarily played by college students, the seasons run basically a calendar year beginning in the fall and ending before the summer. Last year was arguably the most successful one in the UTSA team's history, as it had several top 10 finishes in major tournaments.

"I was playing soccer with a friend and one of my good friends was being taught how to play," explained senior Joshua Andrews who is in his first season with the club. "They told me to come and try out for the team. I didn't think it was going to be too fun, but then I got to go out and hit people and play this aggressive, competitive sport. It's been fun ever since."

At this point, it has evolved beyond a Potter fan event and become a full-fledged competitive team sport. By all accounts, what separates this niche sport from other collegiate experiences is the camaraderie that it fosters. Not only do teams develop this unique "fellowship," but there is also a unique understanding between opposing teams.

"Quidditch is not like any other sport because you not only develop a love for your teammates, but also a love for players on the other teams," said Rose. "Whenever you go to a quidditch tournament, you'll never see a team just hanging out with themselves. I have friends all over the United States because of quidditch and it's something that's kept me coming back to the team season after season."