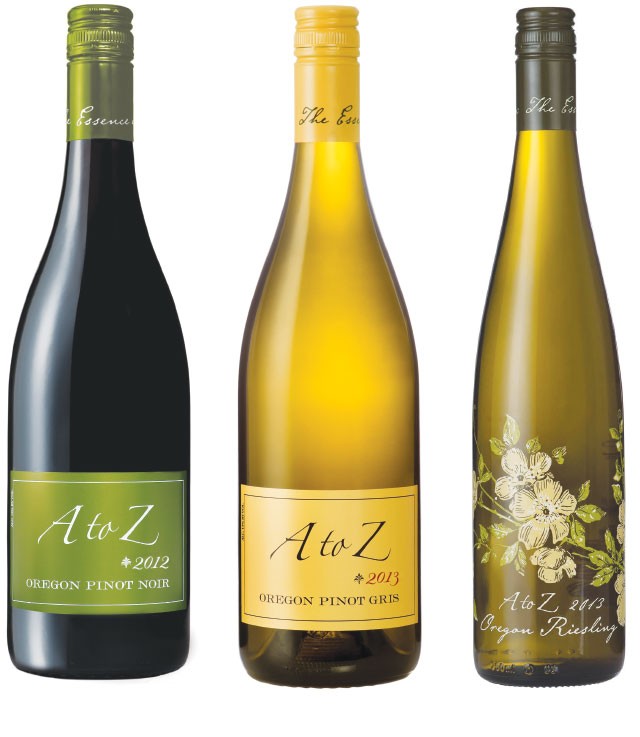 Oregon’s A to Z Wineworks and part-owner Gregg Popovich have this all figured out: They don’t give Pop coaching advice, and he doesn’t tell them how to make wine. Given the winning records of both, the arrangement seems to be working just fine.

Founded in 2002 by four Oregon wine industry veterans Deb and Bill Hatcher, Cheryl Francis and Sam Tannahill, A to Z quickly garnered awards and turned heads with its goal of producing “aristocratic wines at democratic prices.” The quartet began with the state’s flagship grape, pinot noir, and soon added chardonnay and pinot gris. In 2006, Coach Pop joined the team in a move that allowed A to Z to purchase Rex Hill Vineyards, an established property with a solid reputation for pinot noir. More depth was added to the starting lineup with wines independently produced by the Hatchers and the now-married Francis-Tannahill team. At a recent lunch at Aldo’s Ristorante, hosted by A to Z’s Mike Wilson, I tasted many of the combined efforts.

That flagship grape, pinot noir, might (or might not) be thought of as a Tony Parker equivalent: a French import that has made a solid home for itself in the U.S.—except that pinot prefers fog to sweat. The winery concocts its Oregon-designated pinot of grapes sourced from more than 50 vineyards throughout the state, paying the growers by the acre, not by the ton, in an attempt to control for quality, not quantity. Though it should retail for around $19, “It’s made like a $50 pinot,” claimed West of the 2012 vintage—and he’s not just blowing smoke (of which, yes, there is a little on the nose). Tart cherry pairs with approachable tannins upfront, while darker stone fruits and a little blueberry emerge later, along with a final impression of savory meatiness. It’s classic Oregon pinot without the jamminess that can come with warmer-climate versions—or the barnyard funk of French renditions.

The ’09 pinots made by Francis Tannahill and William Hatcher still smack of Oregon, yet are as different from each other as they are from the A to Z: The whole-cluster fermented FT was light, pretty and elegant and went beautifully with a selection of cheeses; the barrel-fermented Hatcher was big and muscular, yet still fresh, and didn’t back down before the full-court press of a prime steak.

Tasting wines at a trade lunch forces the taster to come to quick conclusions—not unlike a ref having to make an instant call. With little time for contemplation, the race goes to the distinctive. A to Z’s 2012 Oregon Riesling is nothing if not distinctive. Upon opening a bottle at home, where contemplation proved essential, the wine shouted “SMOKE! WET STONE! PETROLEUM!,” in an almost cartoony version of a classic German halbtrocken. Fortunately, the wine quickly lost the exclamation marks and settled into team-player mode, showing balanced amounts of honeyed sweetness and lemony acidity. This is ultimately a stunning wine you’ll be happy to have with spicy foods or to simply sip settin’ and a swingin’ on the front porch.

Attention-grabbing is rarely what one expects of pinot gris (Oregon winemakers prefer the French term to the Italian pinot grigio), and A to Z’s is no exception—yet it is worlds away from the often insipid stuff that’s a knee-jerk go-to these days. At the lunch, I found it clean but unremarkable; at home, it revealed more of its inherent charms—despite a pickle-like nose that dissipated almost immediately. Think honeysuckle, melon, Golden Delicious … and an herby citrus quality that became very friendly with time. You can drink this one without shame—especially at around $14.50.

And even if you’re a disdainer of New World chardonnays, you can and should drink A to Z’s 2012 Oregon Chardonnay (about $14.50). “It took a while to realize we were using the wrong clone,” said West; now the wine is also produced without oak and, instead of stirring the lees that result from spent yeast, it’s “shaken like a snow globe” to integrate these deeper flavors. “It’s like a tight T-shirt,” said West, in that it shows all of its structure, good or bad. Fortunately, good prevails with layered passion fruit, citrus (both lemon and tangerine) and pear—underpinnings the Silver Dancers would be proud to parade.