Value Vino: The other big C's 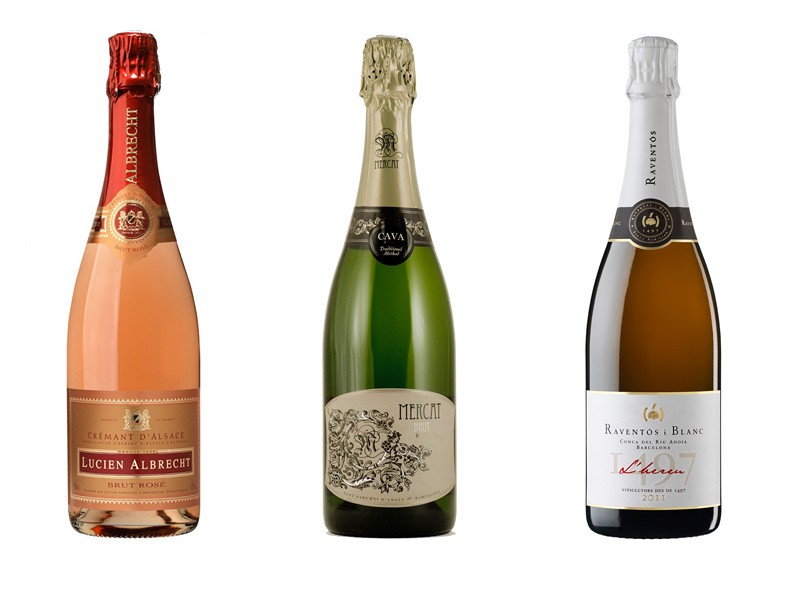 Here's some good news: Champagne may actually increase brainpower. A recent study reveals that lab rats fed the equivalent of a glass per day "showed an improvement in spatial working memory, thanks to improved cell-cycle regulation in the cortex and hippocampus..." In humans, daily ingestion for six weeks "led to an improvement in memory." If you needed an excuse, other than the holidays, to break out the bubbly, this is surely it. Here's some more good news: you can boost the brain without laying out big-C bucks.

Many of us were first introduced to cava, Spain's bid for the bubbly market, through the black bottle that is Freixenet. It's probably safe to say that few cared what grapes went into the mix: if it was cheap and fizzy, it was party perfect. We still don't need to be too concerned with grapes such as xarel-lo and macabeo, but we do need to start paying attention to the category, made exactly as the big-C Champagnes are with secondary fermentation in the bottle. Here are two to get you started:

The 2011 Raventós i Blanc L'hereu ($20-$22) comes from the firm that created cava in 1872, and it's still a worthy standard-bearer. The nose is lightly yeasty in true Champagne fashion, the bubbles are "welcoming" in the words of one taster, the overall impression is creamy, and there are hints of yellow-cake richness followed by a bit of restrained honey at the end. In short, it's complex, compelling and a bargain at the price. Somewhat less complex, but less expensive at $16-$18, the Mercat Brut also offers a lot of bubble for the buck. Its nose is even more yeasty-toasty over a base of green apple, the rambunctious bubbles are tiny ("scrubbing bubbles," one wag called them) though not persistent—yet the effect, while it lasts, is at once refreshing and creamy. "I'd be happy to serve this as a starter," said another taster.

The French are understandably fussy about others using the term Champagne—even if those others are in France but outside the delimited Champagne growing region. Enter Crémant: though grape composition may change by location, it's essentially the same product at a much more advantageous price. One of Crémant's traditional homes is Alsace, and I have long been a fan of the Lucien Albrecht Crémant d' Alsace Brut. But for this tasting, we picked their festive Brut Rosé (around $20, but often less). The lively coral color derives from its all-pinot noir composition; strawberry and watermelon appear on the nose and persist on the palate. This is not a complex wine, but it is extremely appealing. There's more depth to the Burgundy-based Albert Bichot Crémant de Bourgogne Brut Rosé, and it's priced accordingly at around $25. Built on a pinot base with chardonnay and gamay, the wine opens with a yeasty nose and presents fine, persistent bubbles. Raspberry and a touch of citrus appear on the palate. "Pure pleasure," enthused one taster. (That would be me, actually.)