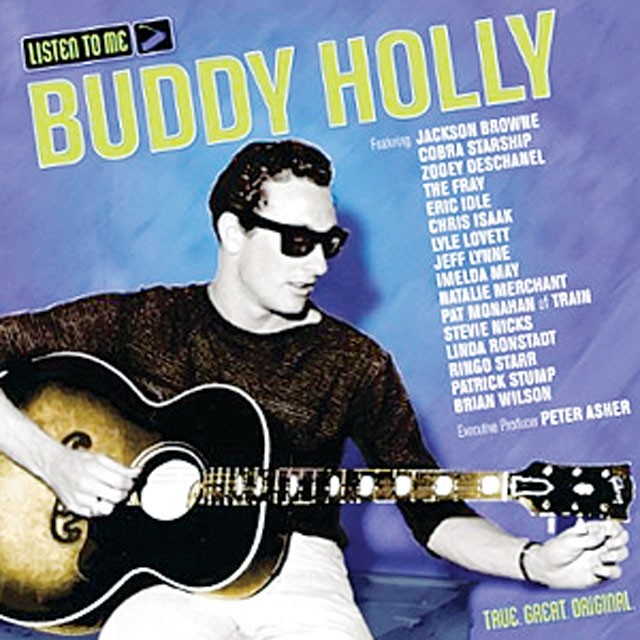 Buddy Holly's recording career lasted only two years, but his songs have endured. This tribute (coming on the heels of June's Rave On, with Paul McCartney, Lou Reed, and others) revisits not just the hits, but many more obscure tracks with performances from pop's biggest stars. Sadly, there appears to be more emphasis on the names than the songs, as many attempt to adapt Holly to their oeuvre rather than the converse. The worst offenders include the Fray, whose "Take Your Time" sounds like "How To Save A Life"; relative nobodies Cobra Starship, who ruin "Peggy Sue" with an awful synth-heavy arrangement; and Natalie Merchant's overly melodramatic, violin-abetted "Learning The Game." Others make more effective adaptations. Chris Isaak's Orbison-inflected take on "Crying, Waiting, Hoping" is at least of the right era. Ringo Starr's "Think It Over" is pure Starr, bursting with playful energy. On "Listen to Me," Brian Wilson drapes on harmonies and lush sonics worthy of Pet Sounds. However, the biggest triumphs are by those who allow their personal flair be no more than an accent, such as Linda Ronstadt's powerful "That'll Be the Day," Jeff Lynne's breezy "Words of Love," and Zooey Deschanel's surprisingly affecting "It's So Easy."