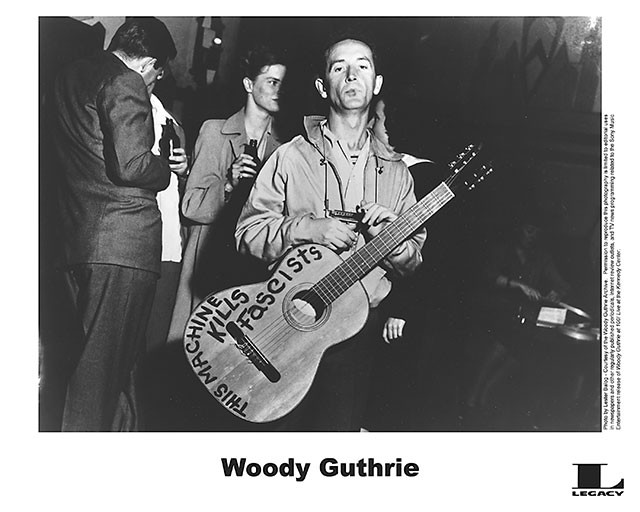 Donovan, John Mellencamp, Judy Collins, Lucinda Williams, Rosanne Cash and many others (including actor Jeff Daniels reading Guthrie’s texts) met in Washington D.C. in October 2012 as part of the Woody Guthrie centennial celebrations held around the world. The CD/DVD package of the show has many highlights (including eight tracks not shown in the recent PBS special), but watching Ani DiFranco’s subtle acoustic guitar work on “Deportee” (accompanied by none other than Ry Cooder on electric and Dan Gellert on fiddle) is a feast for the ears and the heart. Not surprisingly, Tom Morello set the Kennedy Center on fire with his arena folk-rocker original based on lyrics Guthrie wrote but never recorded. “I need a progressive woman/I need an awfully liberal woman/Ain’t no reactionary baby/Can ease my revolutionary mind,” wrote Guthrie and sang Morello in “Ease My Revolutionary Mind.” But the Rage Against the Machine/The Nightwatchman guitarist couldn’t control himself and added his own lyrics to it: “I need a Weather Underground woman/I need a zapatista woman/Ain’t no Fox News-watching female/Can ease my revolutionary mind.” Guthrie didn’t write that, but I suspect he would’ve approved.