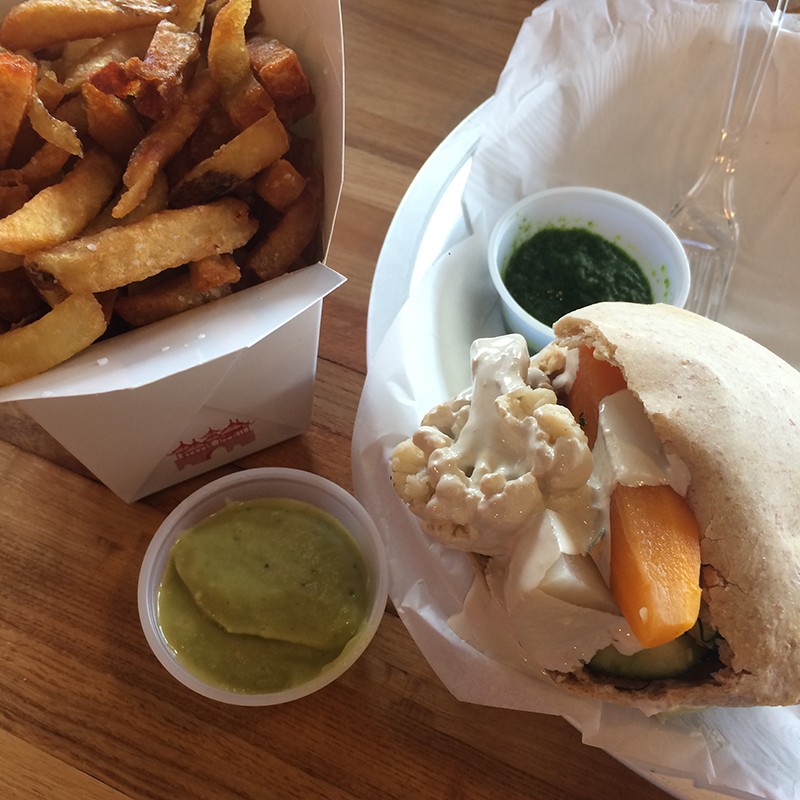 Following the footsteps of its vegan brethren — Earth Burger and La Botanica — Vegeria Vegan Tex-Mex is looking to its loyal fan base to help fund its second location located at 1422 Nogalitos. The $10,000 IndieGoGo campaign is aimed at helping spread the gospel of plant-based Mexican and Tejano foods in a second, larger space with an expanded patio. Perk packages start at $5 (which includes being listed on the restaurant's wall of gratitude) and go up to $2,500 for a private catered party for 20 guests. As of press time, the campaign had raised $940 with 28 days to go. Vegeria's second location will open August 17.

If you didn't make it to Arcade Midtown Kitchen (303 Pearl Pkwy., 210-369-9664) before last Sunday, you're S.O.L. Chef-owner Jesse Perez decided to close the restaurant to pursue other projects within San Antonio and abroad, including Oxido, his joint project with NYC's Daihwan Choi, taking authentic Mexican flavors to the Big Apple. While I'm not yet privy as to what will replace the hole Arcade's left at the epicenter of the hopping Pearl complex, I'm sure there are plenty of interested parties.

Meanwhile, Olmos Park is creating its own little food strip with the addition of Andrew Weissman's new falafel joint inside a refurbished ice cream shop at 3910 McCullough Ave. Love him or hate him, the chef and his crew are whipping up a pretty simple and hard to pass up product that's vegan and kosher with fresh-baked falafel and fixins. Moshe's Golden Falafel is only open for lunch from 11 a.m. to 3 p.m. for the time being, as they get into the swing of things. Get there early and don't be afraid to get a little messy with that tahini sauce. Sides include the now-classic Weissman fries and a fried eggplant. The eatery will also be closed from sundown on Fridays through sundown Saturdays to honor the Sabbath.