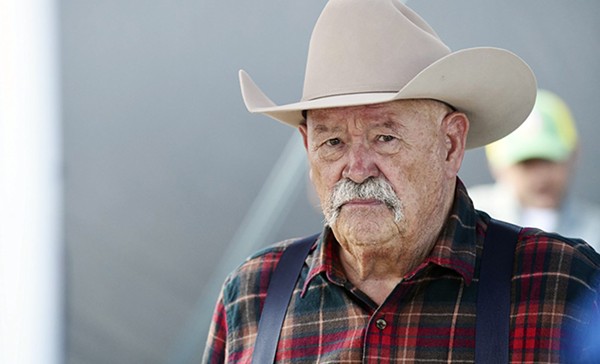 If anyone knows what it’s like to film a movie in Texas, it’s actor Barry Corbin (No Country for Old Men). During his 40-year career in the film industry, the Lamesa, Texas-born thespian has shot all over the Lone Star State starting with Deer Park in 1980 for his role as Uncle Bob in Urban Cowboy.

In all that time, however, Corbin had never made a movie in San Antonio — until now.

This past Wednesday, Corbin was in the Alamo City to shoot scenes for director Daniel Ramos’ upcoming comedy The Margarita Man. The film follows Miguel Martinez (Anthony Guajardo), a young college student who is forced to sell margaritas to pay for school after his father cuts him off financially. Corbin plays Doyl, the head of security at Miguel’s college campus.

At 76, Corbin said he doesn’t have too many prerequisites when deciding on whether to make a certain movie or not. These days, a simple phone call might do the trick.

“They called and offered it to me,” Corbin told the Current during an interview at the Hotel Valencia when asked what drew him to his role in The Margarita Man. “That’s about the criteria I go on. If I'm able to do it, usually I do. I don’t do any dirty films. Other than that, we’re alright.”

The only time Corbin remembers turning down a movie was back in the 1980s when he went through a phase of rejecting roles “if the character’s first name was Sheriff” because he was being offered too many of them.

“You do too many of one thing and that’s all they start thinking of you for,” Corbin said. “So, I turned them down for about three years.”

Now, with San Antonio checked off his list of Texas cities where he’s made a movie, Corbin is urging more studios to give Texas an opportunity to host their next production. With the new Supplemental San Antonio Film Incentive Program (SSAI), which kicks in an extra 7.5 percent incentive on top of the 22.5 percent from the state, Corbin hopes it’s an attractive enough proposition for Hollywood to set up shop more often in Texas.

“No Country for Old Men was supposed to take place in Texas but we only shot one week in Texas,” he said. “The rest of it they shot in New Mexico because of the tax incentives over there. We need the legislature to get behind it and give us some strong tax incentives. It’s important because it affects the bottom line of the picture.” 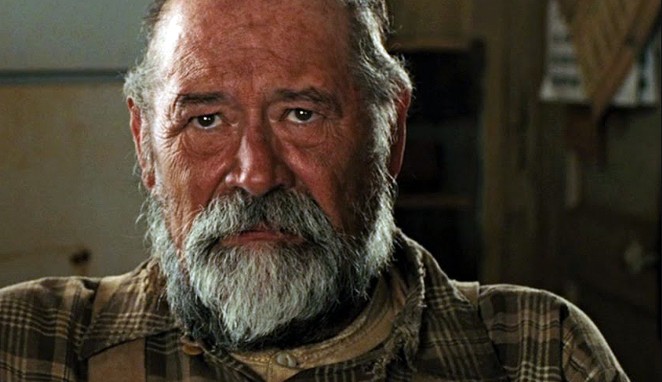 Corbin believes the Texas legislature hasn’t been more willing to expand incentives in the state because “they think we’re giving something away to all those Hollywood liberals out there.” Corbin does not agree.

“What we’re doing is cutting our own throats and losing money,” he said. “[Film production] brings money into the state, but they don’t look at it that way.”

Despite the shortcomings of Texas’ film incentives, Corbin is not letting it effect his love for making movies. He’s going to do it as much as he can for as long as he can. It’s who he is.