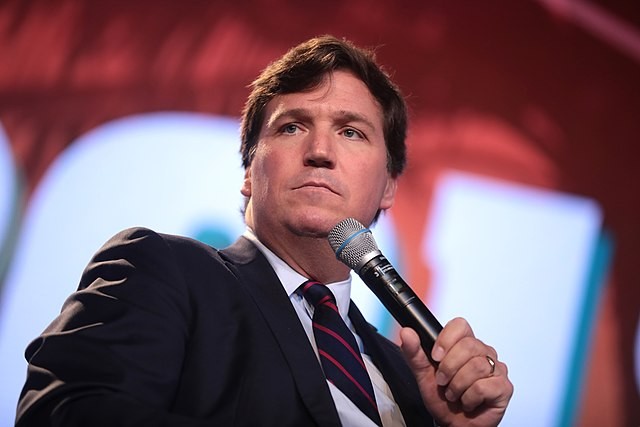 San Antonio's USAA, a financial services firm for military personnel, is getting member blowback for advertising on Tucker Carlson's Fox News show after the far-right pundit called the nation's top military officer "stupid" and a "pig."

On Thursday, Carlson lashed out at Gen. Mark Milley, the chairman of the Joint Chiefs of Staff, over the officer's forceful defense of the Defense Department's diversity programs. The host lit into Milley again the following day, accusing him of a "race attack" for stating that "white rage" played a part in the January 6 insurrection.

Over the weekend, vets and military personnel vented on Twitter and USAA’s Facebook account, warning that they'll take their business elsewhere if the company continues to buy ads on Carlson's show. The flurry of social media activity was first reported by the Express-News.

Carlson has faced prior criticism for embracing white supremacist rhetoric and for spreading conspiracies related to the Capitol insurrection and COVID-19 vaccines.

Joseph Collins on Saturday tweeted that he's been USAA member for 51 years and urged the company not to "support irresponsible attacks" on the U.S. military. "Stop supporting this right wing radical or your members will pull the plug on you," he added.

Responsible criticism of the armed forces is welcome, but vile commentary is not. USAA, don't support irresponsible attacks on the Armed Forces. Stop supporting this right wing radical or your members will pull the plug on you.

USAA officials were unavailable for an immediate response to an inquiry by the Current. Tony Wells, USAA's chief brand officer, also declined comment Monday to the Express-News.

As of Tuesday morning,  Twitter users were still threatening to drop the company over its continued advertising with Fox. At least one purported member demanded that the company apologize for its financial support of Carlson.

It’s simple. Been a member over 40 yrs. I’ve financed a home, cars & carry home & auto insurance. I have a USAA credit card. I’ve been very happy with service over the years, like the $600 I just got back EVP policy. But end the ads on Tucker Carlson or I’m leaving on August 1st.

Still waiting for public apology from @USAA for advertising on Fox News and Tucker "I'm couldn't possibly be a worse human being" Carlson. Time to try to act with honor and dignity for once, like the military men and women you supposedly serve. DO IT TODAY!

If they leave Tucker Carlson's show & move their ads somewhere else on Fox News.....that's what allows Fox, News Corps & the Murdochs to keep airing lies.
They need to boycott ALL of Fox, all News Corp media or nothing will change.