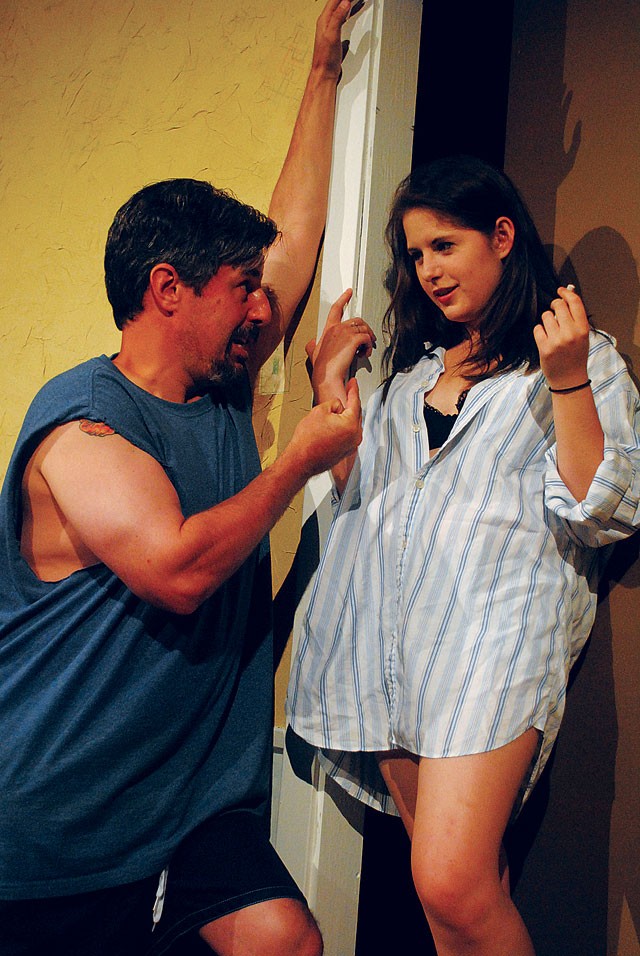 August in Bexar County saw (at last!) the local premiere of Tracy Letts' August: Osage County, the Pulitzer Prize-winning drama of dysfunction in the heartland. Now, this may not be the most profound American play of the last 10 years, but it's unquestionably the most, um, American American play of the last 10 years: in its language and themes, it's equal parts Albee, Shepard, O'Neill, Williams, and Durang, all rolled into one rollicking, three-act saga. (For good measure, Letts also shovels in Chekhov, Euripides, T.S. Eliot, and — not exactly a distant fourth — The Brady Bunch.)

The Vexler's entertaining production, helmed by Paul Fillingim, hits many of the script's high points, and is especially keen on emphasizing Letts' bluesy, elegiac strains. The production sometimes softens, however, the sheer vitriol of the piece; indeed, there's no character in contemporary drama more monstrous than Violet Weston, the cancer-riddled, pill-popping matriarch of a completely fucked up Oklahoma household. (And if you object to the term "fucked up," this is not your sort of play: caveat emptor.) The drama begins with the mysterious disappearance of patriarch Beverly (Jim Mammarella), whose apparent death nudges the already wobbly Weston clan into a tailspin. Gradually, all three daughters gather at the homestead to bury the dead, if not the hatchet.

As the corrosive matriarch Violet, Christy Huffman is somewhat miscast: she's clearly too young for the role of a 65-year-old grandmother, and this is the sort of play in which age matters. (Indeed, the whole point of the play is how disillusion and trauma leach inevitably from one generation to the next: it's important to have all three generations clearly represented as future versions of their doomed forbearers.) In the first act, Huffman emphasizes Violet's confusion and suffering by diluting some of her venom; this sometimes robs the text of its gallows humor, such as Beverly's morbid observation that there's a certain poetic justice — a kind of karmic "punch line"— to Violet's cancer of the mouth. But Huffman springs into action in the production's stronger second act, which features the nastiest, most hilarious supper in American letters, and which is already an instant classic of the modern theater.

In many ways, however, this is Anna Gangai's play: Gangai well handles the pivotal role of Barbara, the Westons' eldest daughter and no shrinking violet herself. In fact, Barbara morphs into a frightening matriarch-in-waiting even as revelations rock the worlds of siblings Karen (Renee Garvens) and Ivy (Mary Goodhue). There's terrific work from Jennifer Colacino as Violet's passive-aggressive sister, and Robert Carenzo brings an appropriately dweebish vibe to the role of Bill, Barbara's estranged husband. Fillingim could increase the tempo a bit in the first act — an attic scene is leisurely even by Oklahoma standards — but keeps things focused and brisk for the last two acts.

August: Osage County requires a sprawling, multi-roomed set, including the attic where an "Indian" dwells: she's the guardian genius of a house of horrors. Ken Frazier's clever jigsaw puzzle of a set manages to squeeze all of the requisite nooks into the small black box space, but the play's better suited to a broader, proscenium configuration. At times, the actors seemed a little cramped.

Clocking in at well over three hours, August: Osage County is not for the faint of heart, and a few exhausted Vexler patrons departed after the second intermission. (The Vexler should probably set an earlier curtain for Saturday evenings: By 11:20 p.m., it felt a bit like September: Osage County.) But this is a very good — perhaps even great — American play in one of the best productions I've seen on the Vexler's campus. If you're at all interested in the state of American theater, then plan to spend an evening with the haunted, lonesome Westons.