Views: Is Drake Finished Or Is He Done? 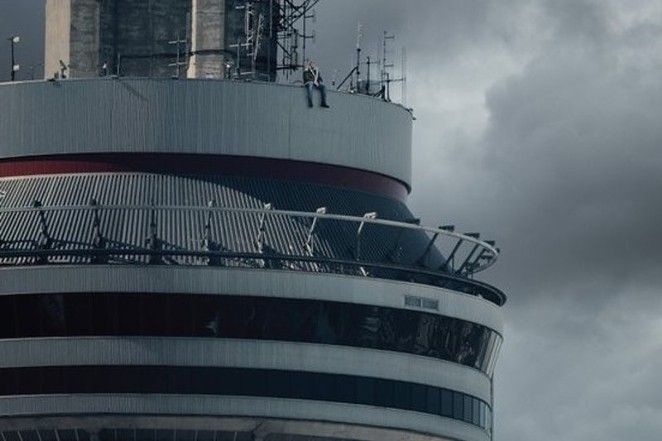 The day is finally here! Drake’s long-awaited and highly-anticipated Views (previously titled Views From The 6) is ready for your listening pleasure. Unless … You were like me and you ditched Apple for TIDAL, subsequently having to return, new user name and all, just to grab this album.

Three months free and then I'm out!

Due to numerous tweets, Instagram updates, billboard postings, beef and, of course, your grandma’s favorite, “Hotline Bling,” “hype” could be the best word used to describe the album before its actual release.

The title Views From The 6 was birthed in 2014 and it immediately started rumblings of Drake’s next piece of music being his very own Blueprint-type of statement.

The 6 God would instead drop a few side projects – If You’re Reading This It’s Too Late and What A Time to Be Alive – and some loosies – “Hotline Bling,” “0-100,” “Can I” and “Right Hand” – growing the monstrosity that was VFT6.

Drake Stans collected, just like those once amassed by Marshall Mathers, and suggested the OVO head honcho was ready for action, prepped to show he was on the cusp of passing up Jay’s legacy, or had already, a la Kobe and Jordan.

Being a prolific collaborator is nothing new, his contributions can be heard on just about all your favorite hit songs and multiple hooks, from “Versace” to “Stay Schemin’,” and others, hence the whole Meek Mill fiasco, the tweets and the (subpar) diss records that morphed into the isolation of Nicki Minaj, on which Drake spoke late Thursday night.

“I don’t really talk to Nicki. Another person I have a lot of love for ... She dealt with me how I would expect her to – with class. I always have respect and love for her. Unfortunately, we haven’t spoke," he told Zane in a Beats 1 interview.

Your liking of this album will depend on which Drake you prefer: songwriter pop Drake or condescending, lower-tier-rappers-opposing Drake, the one that prides himself on having the juice and flow that will stand the test of time.

Upon first run through I compiled a few of the standouts, considering the project is 20-tracks long and when listening from start to finish there's a recurring theme that Drake stays pretty on course with; he seems unbothered by the ghostwriting debacle, and, more so, he has nothing to prove.

These are song songs. What I mean by that is more vocals, more stories and, I'd say, a dialed-back approach to anthems, similar to the ones he’s bodied in the past. The feel is a mixture of So Far Gone and Take Care, pre-Quentin Miller days.

“U With Me?” I have to start by mentioning the ill-ass reference to the Dark Man X’s “How’s It Going Down.” X was late-’90s-into-the-millennium golden-era rap, so anything that sparks up that nostalgia is appreciated. And, here's a small nugget for you, “U With Me?” was produced by Kanye.

The phone rings and goes unanswered, then the DMX sample “What these bitches want from a nigga?” starts things off as Drake goes in about relationship woes and the constant battle for realness in a not-so-real world. He borrows the classic hook, “What type of games are being played, how’s it going down, if it's on ’til it's gone, then I gots to know now, is you with me?”

“Child’s Play” – another story of Drake dealing with youthfulness, this time the shots are directed his way, so much so that he lays out a bar “You tell me that I'm confusing, more immature than Marques Houston.” Drake also mentions how he loves to go Cheesecake (Factory) and asks why do you have to fight there, of all places? Lastly, he tackles the never-well-received accusation of “acting light skin,” that comment alone is the devil.

“9” is a ride or, literally, die for the 6 tribute. Drake’s been known to have a do-all-I-can-for-my-own attitude and is aware that it could ultimately harm him. Produced by Boi-1da and 40, Brian Morgan, the mid-tempo bounce and the rolling hi-hats make way for Drake’s love for his city, by all means.

Rounding off Views, “Still Here” and “Pop Style” are raps, and pretty good ones, too. While listening, I reminded myself, Drake does this; he’ll drift back and forth from R&B to rap and go lane to lane, like a drunkard after one-too-many shots. Please don't get me wrong, I love R&B music, I just assumed after all the accusations of ghostwriting and wanting or proclaiming to be the best rapper in the game, there’d be more raps – more statements on how and why he’s the best.

This album does sound like a polished So Far Gone, a Drake that's conquered something and is proud to have done it his way, for and with his people.

I'll end by saying it appears Quentin Miller is missed. The sing-a-long, drop-the-music-and-let-the-crowd-scream-the-hook joints aren't present like the last few. There's no “Know Yourself” or “Rico,” for that matter, and that feel is missing. That said … Drake is no slouch, he's always held his own with the bars.

As for the future, Aubrey has hinted he may go back to acting, so, I guess the next question is … Is Drake finished or is he done?