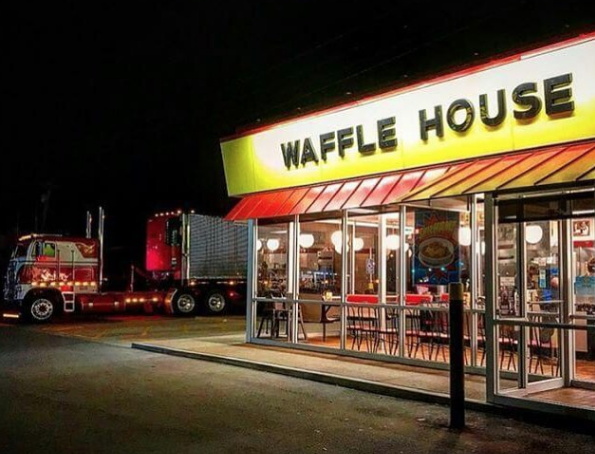 How bad do you want a Waffle House in the Alamo City? The breakfast diner chain wants to know.

Early Friday morning, Waffle House shared a poll on its Twitter account, asking fans in three cities that currently don't have locations to vote. San Antonio was among the cities listed in the poll, along with the nearby College Station and Oxford, Mississippi.

Does your city not have a glowing yellow sign yet? We have decided to reward one lucky city who doesn't have a WH with a visit from us during National Waffle Week (Sept. 2-6)!

Vote below or comment your suggestion. The winner will be chosen tomorrow on #NationalWaffleDay

While the poll doesn't guarantee that the winning city will be awarded a Waffle House, the tweet does say folks from the chain will visit during National Waffle Week in September.

As of press time, San Antonio was dead-last with just 20% of the votes. College Station was leading the poll with slightly more than half.

The poll ends early Saturday morning, so be sure to cast your ballot if you're part of the camp that's been trying to get a Waffle House in the Alamo City.