Washed Out Wants You to Use Your Imagination 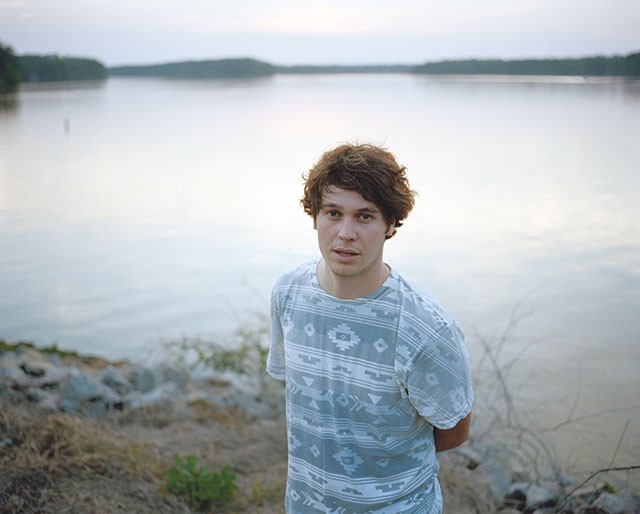 Born and raised in sleepy south Georgia, Greene sought to counteract the dominant musical forces of his childhood, the Southern rock icons that ruled the Bible Belt airwaves. “That music is still the king,” Greene told me over the phone, driving through central Texas. “When I was 14 or 15, just learning to play guitar, my first instinct was to do the exact opposite. In an indirect way, growing up there definitely influenced what I do. I picked up synthesizers and electronic music just to do something different.”

Greene’s first full length, 2011’s Within and Without, proved Washed Out to be more than a fleeting fad, rising above the weed smoke of stoner producers looking to capitalize on the chillwave sound. His inaugural release on indie major label Sub Pop, Within and Without is a record of rich, buoyant textures, with Greene’s reverb-blanketed vocals guiding the way through the soundscape. Though it was a critically acclaimed and commercially successful effort, its compositional and recording process was somewhat of a drag. “Within and Without was a series of trial and error and experimentation leading each individual song. I didn’t have a clear vision at all,” said Greene.

Learning from his recording tribulations and touring the hell out of his material, he returned with Paracosm in August of 2013. With a performative vision to guide him, Greene recorded the album in “only 12 days; it was really fast. Having that vision made jumping straight into the songwriting portion much easier to do,” he said. Up to this point, Washed Out had been a bedroom project expanded into a career, a solo endeavor backed by a supporting cast of touring musicians. On the sophomore LP, “the biggest change was bringing the performance element into play. I knew the reality that I’d spend six months making the albums and then tour on them for a couple years,” said Greene. “I wanted to make sure the songs would be fun for us and stand on their own in the live world.”

With Paracosm, Greene has run into a unique and rewarding paradox. Though the album lends itself to the live experience with beats derived from hip-hop and Beach Boy melodies playfully encountering the definitive textures of Washed Out, the content of Paracosm invites listeners to retreat to their imagination.

Paracosm, named for a psychiatric word for the dream worlds of the inner mind, finds influence in the works of author Henry Darger. “Darger spent most of his life writing a fantasy story and illustrating as he went,” Greene said. “He lived as much in this fantasy world as he did in real life. In some ways, making albums is an escapist thing. I jumped in headfirst, and felt that each part I laid down, I was building this imaginary world piece by piece.”

On Friday night, Greene will bring Maverick-goers to this immersive and empyrean place, with the departure time set for 9:05pm.