Watch: Dunk By University of the Incarnate Word Player Ends in a Piggyback Ride 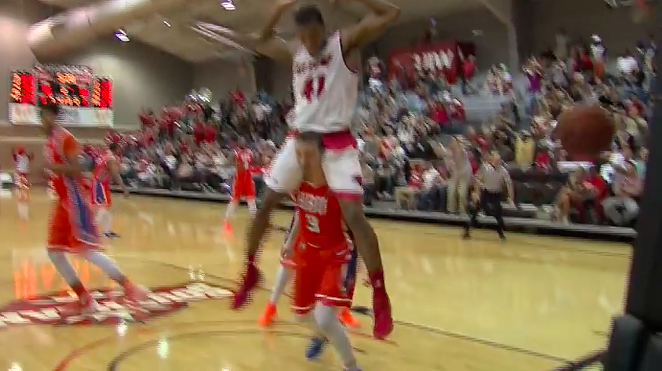 When one basketball player posterizes another, it usually ends with shouting, gesticulating, and general chest-thumping. Rare is the dunk that finishes with a friendly piggyback ride between competitors.

But that's what happened this weekend when San Antonio's own University of the Incarnate Word Cardinals took on the Houston Baptist University Huskies. Sophomore Shawn Johnson threw down on freshman Asa Cantwell. Hilarity ensued:


Cantwell, a freshman who hooped at Johnson High School in San Antonio, tried to take the charge, because really what else is he supposed to do there? He was in the restricted area anyway. This probably ended about as well as could be expected for him.

Johnson's impressive dunk helped the Cardinals to a 97-86 victory over Houston Baptist.