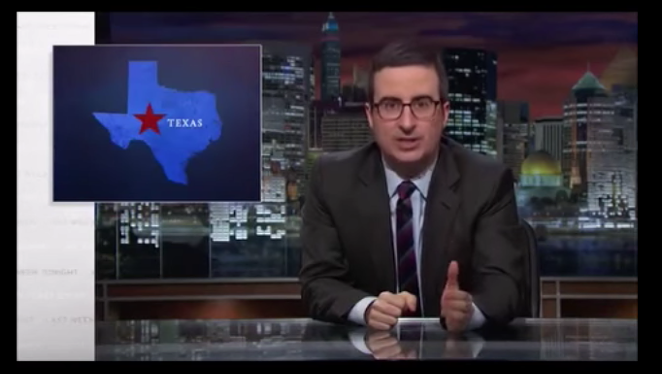 Plenty of ink has been spilled since Super Tuesday about two Texas Republicans who've cornered the market on their own, special brand of crazy.

Robert Morrow will be the new Travis County Republican Party Chairman, and Mary Lou Bruner won a spot in a runoff for a seat on the Texas Board of Education.

Morrow's Twitter feed offers his opinions on Sen. Marco Rubio (he's gay and frequents foam parties), former Gov. Rick Perry (he's a bisexual adulterer), the Bush family (the men are actually homosexuals) and ravings on a myriad of other topics. Bruner's taken to Facebook to point out that President Barack Obama was a gay prostitute with a drug problem, and that climate change isn't real.

On Sunday, both Morrow and Bruner got the John Oliver treatment, as the comedian went in on both of them on Last Week Tonight with John Oliver in order to ascertain what the hell is happening in Texas. Watch the clip below: