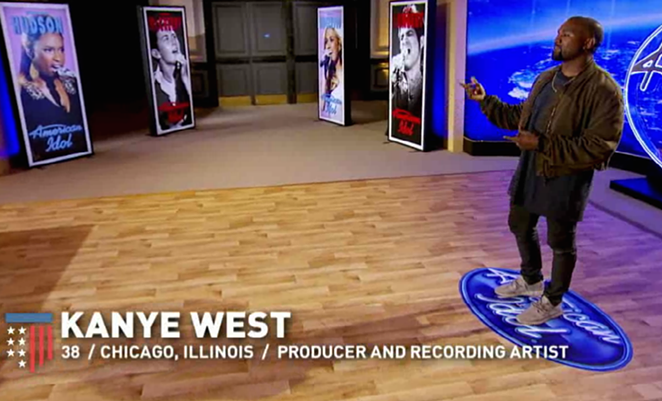 Mr. West was in San Francisco recently and in an uncharacteristically humble move (which must be his new marketing strategy) he stopped by the American Idol set for an impromptu audition. The performance was used in a teaser for the new season but the full audition has just been leaked and features a cameo from Kim K.

Kanye was in top form as he a cappella'd "Gold Digger," getting to reference J. Lo's derriere while she was in the room, which is, I guess, the respectful thing to do. Below is the ad/audition via E! News.