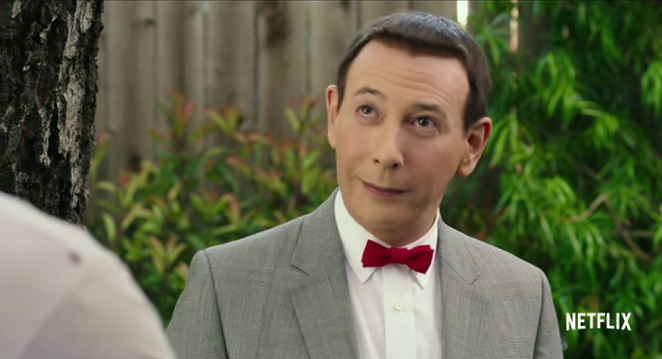 Pee-wee's return to the screens (which could be small, medium or large, since it's on demand) is rapidly approaching. Netflix will release Pee-wee's Big Holiday on Friday, March 18. Today the company released the first full-length trailer for the movie, which gave us a few more clues about what to expect from the upcoming talkie:


As far as we can tell, the plot basically involves Joe Manganiello acting as some sort of badass, motorcycle-riding, chocolate milkshake-drinking, white T-shirt-wearing spirit guide. Pee-wee is subsequently inspired to see the world outside of his hometown (maybe Texas is on the itinerary again?), and antics ensue. Count us in.

If you need to brush up on your Pee-wee knowledge before the big release, take a gander at our coverage commemorating the 30th anniversary of Pee-wee's Big Adventure.