Watch the Sun Rise from a Historic Hill 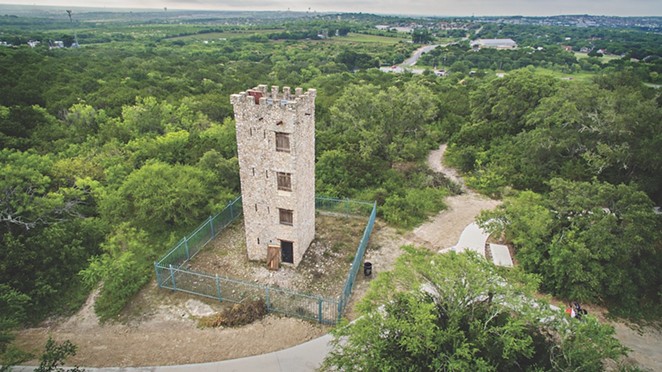 San Antonio can be loud. But before the day breaks and the sun rises, prior to thousands upon thousands of commuters taking to the Alamo City's network of highways and streets causing a cacophony of traffic sounds, there's a serene quiet across the city. San Antonio's not known for dramatic views from high points in this rather flat landscape, but there are places to break away from the hustle and bustle with a hot cup of coffee and contemplate life by meditating during that brief silence while enjoying a vibrant Texas sunrise. Take the historic Comanche Lookout Park (15551 Nacogdoches Road, 210-207-7275), for instance. This 96-acre city-owned park contains the fourth highest point in Bexar County, standing at an elevation of 1,340 feet. Comanche Lookout — a prominent landmark for 18th and 19th century travelers, and a vantage point used by Native Americans in warfare and hunting — features a medieval-ish tower that stands four stories tall. The old Spanish road from the Alamo City to East Texas ran by the base of the hill, which also stood watch on Native American travel routes. The park opens at 5 a.m.