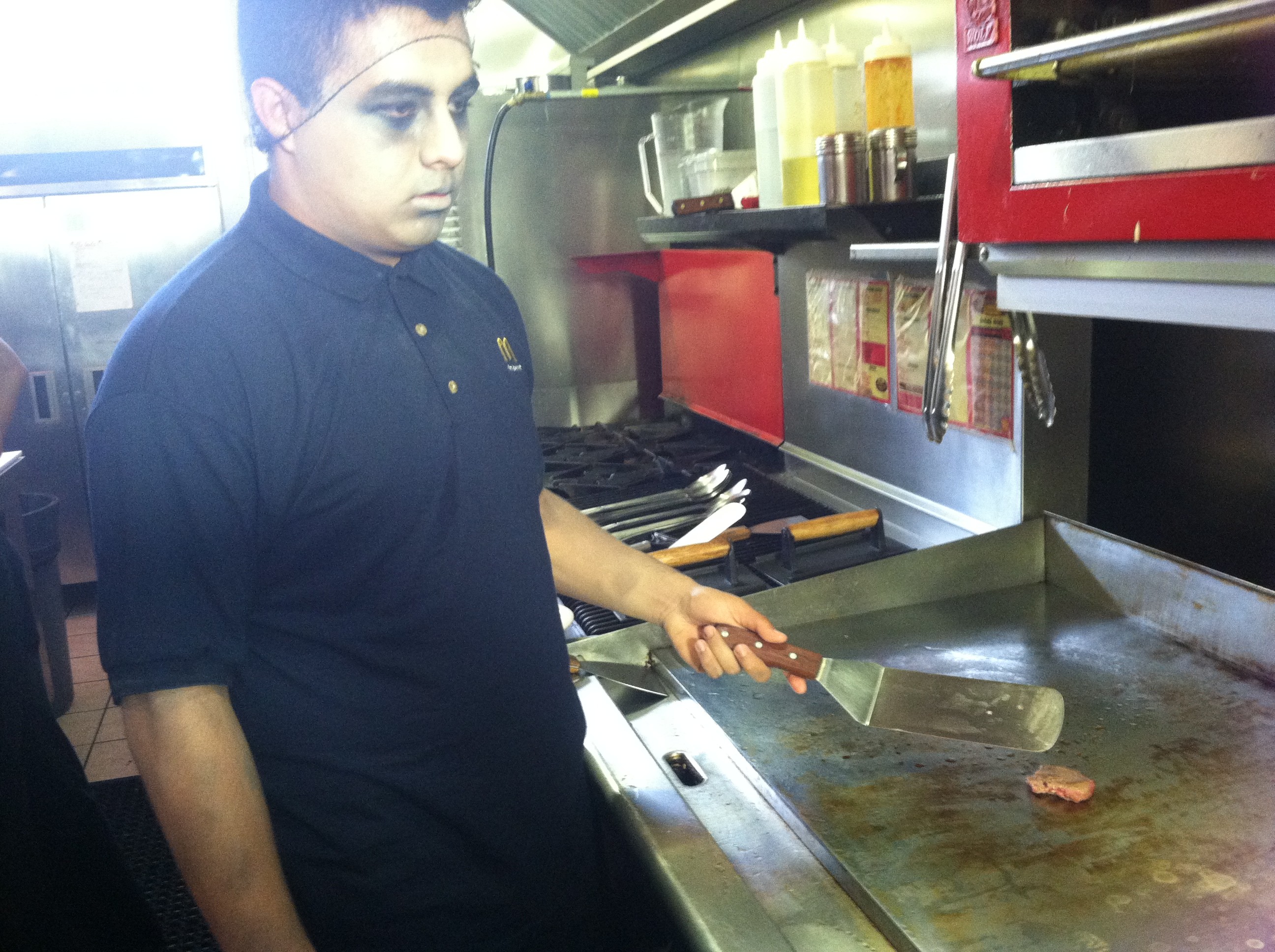 Would you buy a burger from this guy?

They're dead, ugly, blood-thirsty and they're among us. They're also apparently functional and they all have a job, and you can see them if you watch Kimberly Suta’s Zombie Americans, a new web series filmed in San Antonio that premiered at Austin-based geek lifestyle website Fanboy TV. Two episodes are ready, and Episode 3 depends on whether or not you guys and girls like it. Here's Episode 1:

“The great thing about this web series is that it’s short and sweet," said Suta in a press statement. "You can watch episodes out of order and still get what’s going on. People can enjoy a quick laugh on their breaks or while waiting in line at the grocery store, drive-thru, whatever.”

According to the press release, "a Monsanto scientist utilized an adult ADD drug to render the zombies innocuous and even moderately functional—enough so that the government has instituted a new zombie workforce."

In each episode, documentary filmmaker Josie Croft (played by San Antonio actress Susan Seydler) "investigates whether zombies are truly safe in the workplace" and whether "they’re being treated fairly."

Go to the next page to see Episode 2.

As you can see, this isn't a special effects-based series and it wouldn't be fair to compare these zombies to those you see in the movies. But I must confess that, even though I'm sick and tired of zombie-anything for years (save Shaun of the Dead and, of course, The Walking Dead) and soon grew tired of short "webisodes" of any kind, this is an unusual twist on the whole genre and I want to see Episode 3 and where this whole thing go.

If you agree, go to Fanboy TV and spread the word: zombies are people too and deserve at least a few more episodes.