Weird Al Yankovic Stopping at the Majestic This Weekend, So Get Ready to Sing Along to His Classics 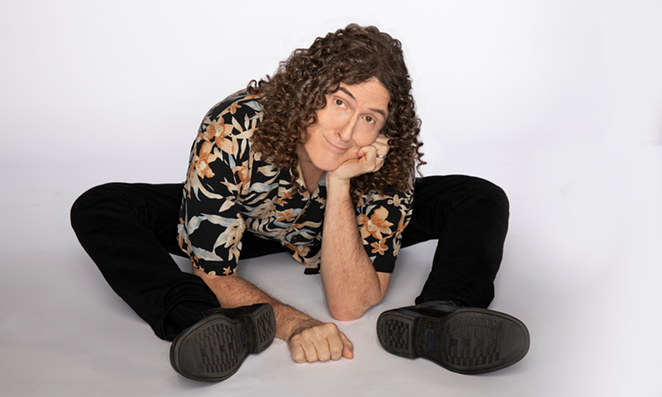 Purveyor of irreverent hits Weird Al Yankovic originated a brand of satirical pop with major staying power, proven by a four-decade back catalog that includes everything from geek rap “White and Nerdy” to 11-minute deep cut “Albuquerque.” Although he hasn’t released an album since 2014’s Mandatory Fun, Weird Al still tours regularly, and now follows up 2018’s “The Ridiculously Self-Indulgent, Ill-Advised Vanity Tour” with “The Strings Attached Tour.”

That’s right, folks — Weird Al has strung up the stage, and you’re gonna love it.

Without a new studio album to promote — though Broadway fans will cross their fingers for an appearance of his Hamilton polka medley — Weird Al has to shake things up in a different way, and what’s better than rearranging his music to add an orchestral complement? Weird Al and his original band will be joined by backup singers and a full symphony orchestra, so get ready to hear classics from “Eat It” to “Amish Paradise” in a whole new way.