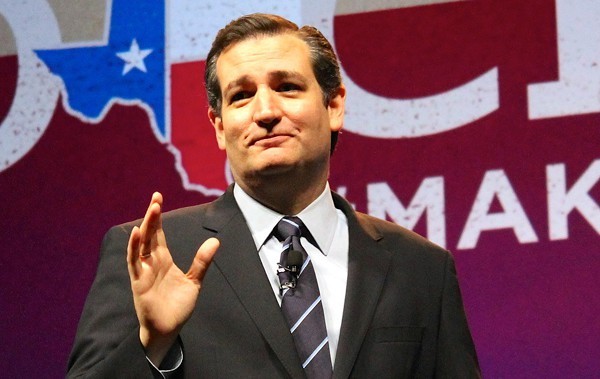 Presidential candidate Ted Cruz has either made the weirdest debate announcement ever or he is trying to troll the media on April Fool's Day.

In a "news release," Cruz says Donald Trump accepted his debate invitation. The release is just two sentences, followed by a video that features clips of Cruz requesting a debate and Trump declining.

Then it cuts to a video of Rick Astley singing "Never Gonna Give You Up."

We're leaning toward April Fool's Day. But, in this presidential election cycle, it's difficult to tell fact from fiction.

The video, nonetheless, is a strange thing to behold. Enjoy: