Welcome to SA, LMA: LaMarcus Aldridge To Sign With Spurs 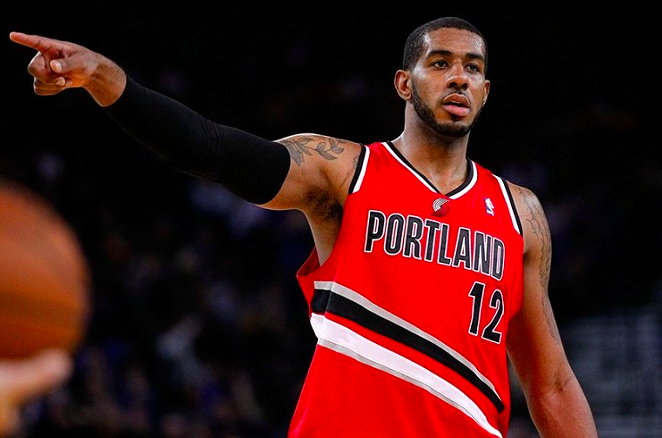 We didn't need another reason to celebrate, with today being the Fourth of July and all, but power forward LaMarcus Aldridge gave one to the entire city of San Antonio anyway.

Aldridge is going to be a Spur. The native Texan tweeted today that he’s taking his talents to the Alamo City:

I'm happy to say I'm going home to Texas and will be a Spur!! I'm excited to join the team and be close to my family and friends.

The four-time All Star averaged 23 points and 10 rebounds per game last year. After meeting with the teams such as the Phoenix Suns, Miami Heat and Los Angeles Lakers (twice), he finally picked San Antonio.

Aldridge was persuaded by the opportunity to play with Tim Duncan, and then carry the torch as the franchise’s marquee big man once Duncan retires, according to ESPN.

Aldridge’s offensive skill set bares a passing resemblance to Duncan’s, although Aldridge is a better long-range shooter. He should also bring a strong H-E-B commercial game, if his work on "Portlandia" is any indication:


Today wasn't all good news, however. Shooting guard and occasional nude model Marco Belinelli announced that he's leaving the Spurs to sign with the Sacramento Kings.

While we'll miss Belinelli, the big news today is Aldridge. The signing cements San Antonio in the NBA's top tier of championship contenders next season, and for the foreseeable future.

So if you've got a minute to tear yourself away from all of today's patriotic goings-on, do yourself a favor and familiarize yourself with some of Aldridge's best work: