Wendy Davis Is Running For Governor, But Can She Really Win? 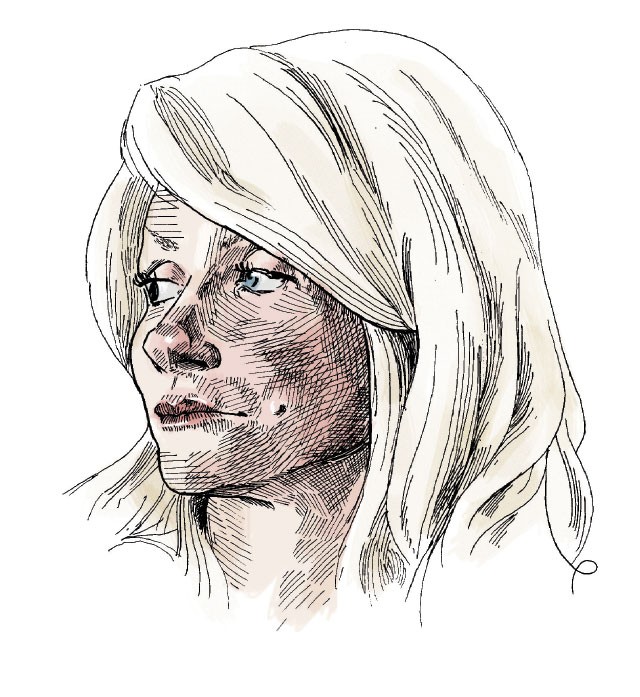 The will-she or won’t-she comes to an end. State Senator Wendy Davis (D-Fort Worth) officially announced her bid to run for governor of Texas last week, leading everyone to ask the inevitable question—can she really win?

Davis’ speech played out pretty typical—promises of a better tomorrow, criticisms of the status quo, deft humble-brags of past legislative accomplishments and memorable one-liners, all anchored in an inspiring pick-yourself-up-by-the-bootstraps personal narrative that Republican campaign advisors probably secretly salivate over.

Standing in the same arena where she received her high school diploma, Davis recounted her unlikely ascension from broke, teenage single mother living in a trailer park to honors Harvard Law graduate. The story worked its way into her vow to improve Texas, “With the right kind of leadership, the great state of Texas will keep its sacred promise that where you start has nothing to do with how far you can go.”

Alluding to her own evolution, the former Fort Worth city council member said, “We’re here because we want every child to have a world-class education to take them anywhere they want to go, so that success and opportunity is within reach of every single Texan, and no one in this great state is ever forced to dream smaller instead of bigger.” But due to failed statewide policies that have increased college tuition, created burdens to access loans and grants and limited choices for working families, the barrier to escape circumstances like hers are much “steeper” now, said Davis.

Davis also took pointed shots at the current administration’s pay-to-play strategy, “Texans deserve better than failed leaders who dole out favors to friends and cronies behind closed doors. Texas has waited too long for a governor who knows that quid pro quo shouldn’t be the status quo.” Zing.

However, her current calling card—reproductive rights—failed to find a place in her speech, perhaps purposefully. Gaining national attention for her 11-hour filibuster against the conservative-led anti-abortion bill this summer on the state Senate floor, Davis catapulted her name ID as well as Texas’ image as a state unfriendly to women’s rights. The omission may have been a calculated effort to remind voters of her range (the state Senator also famously filibustered against education cuts) and dismiss the notion she’s simply a one-issue or divisive candidate. Or it might have been a defensive move against adversaries gunning to use the single issue as a wedge for more conservative swing voters—the same day she announced her run, anti-abortion group Texas Right to Life launched a 60-second attack ad, calling Davis an “abortion zealot.” And that’s likely the tip of the reputation-smearing iceberg.

Even without the easy target of abortion, Davis’ much-anticipated gubernatorial campaign is an uphill battle. Texas hasn’t elected a Democrat to statewide office since 1994, when former Gov. Ann Richards lost out to George W. Bush, ushering in a consistent red wave that’s lasted some two decades.

But here’s the flipside. Historically Republican, Texas’ demographics are undeniably shifting. While much focus has fallen on mobilizing the Latino vote, another key (and possibly more influential population) in turning Texas blue can be found in white, suburban women, as the Current’s July 24 cover story explored. Davis brings with her a voting base of these moderate women increasingly disenchanted with the extremism of the GOP and Tea Party. She ignited a grassroots movement of pro-choice Texans (many of them women), cultivating a veritable army of willing and able voters, further organized by the efforts of groups like Battleground Texas, which could potentially help. With 51 percent of women still undecided, according to the preliminary poll, Davis appears poised to capitalize on the swing votes.

Then there’s the unknown. From what we’ve seen of Abbott thus far, he’s already managed to associate himself with some egregious foot-in-mouth comments, aiding Davis in her pursuit to come out on top. Case in point: the AG’s advisor tweeted an article, half-titled, “Why Wendy Davis is Too Stupid to be Governor” and Abbott himself thanked a supporter on Twitter who dubbed Davis “retard Barbie,” (Abbott later issued a light clarification). That went down before Davis even announced. We’ve seen how detrimental woman-bashing gaffes can be for politicians—Todd “legitimate rape” Akin, anyone?

You need not look far into Texas’ own past for more local examples. Richards unexpectedly sunk her well-moneyed Republican opponent Clayton Williams in 1990 after he made a series of PR blunders, including an unrecoverable, offensive rape “joke.”

Lastly, the Davis campaign is surrounded by the good kind of hype. She’s got the same intellectual credentials as past Democrat guv candidates like Bill White and Chris Bell, but exceeds them in the charisma and charm department—with so much of politics contingent upon likeability, that makes a huge difference and translates into political enthusiasm. Following her announcement, you’d be hard pressed not to find enthusiastic Dems proclaiming they can’t remember the last time they were this excited about a candidate in Texas, taking to social media to ask “Where do I sign up?”

As for the Texas Lyceum poll—right now the real winner is “don’t know,” which leads the way with 50 percent of the hypothetical vote—making this game a lot harder to call prematurely.

So, that brings us back to the question echoing in Texas at the moment, can she really win? But maybe that’s not even the most pressing question for state dems right now, who, after years of defeat, easily succumb to hopelessness. Perhaps the more salient question for them is what can they win in the process? Davis’ notoriety was born of opposition to one of the harshest abortion laws in the nation, a measure that signifies religious right and conservative dominance. Along her path to last week’s announcement, Davis energized a “sleeping giant” base of voters and activists fed up with draconian laws, the failings of current leadership and an unflattering national reputation as THE state for misogynistic, inequitable and corrupt policies. Even if Davis loses, she and her followers stand a real chance of reclaiming a serious stance in our statewide political debates for years to come.

Time will tell if those iconic pink sneakers make their way up to the governor’s mansion– but for now, in many ways, Davis is already winning.