Wendy Davis to Campaign for Hillary Clinton in Iowa 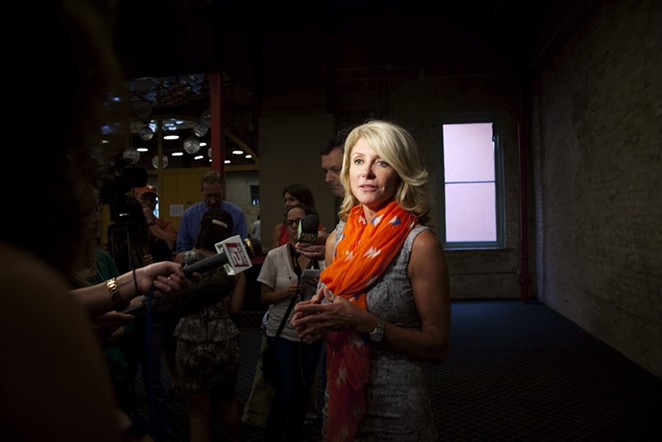 Wendy Davis is packing up her pink shoes and heading to Iowa.

Democratic presidential candidate Hillary Clinton announced today in a news release that Davis will join her campaign in Iowa later this month. She will stump for the former secretary of state at seven events over two days.

Davis, the former Democratic state senator who lost to then-Attorney General Greg Abbott in the most recent race for governor, is touted in the news release for “performing a 11-hour filibuster to block Senate Bill 5, a sweeping anti-choice bill that sought to impose unnecessary and burdensome requirements on women's health providers.”

Davis endorsed Clinton in September. Until now, she has kept a fairly low profile since her landslide defeat to Abbott in 2014.