We've Got The Alamo, The Spurs ... And The Country's Top Tax Lawyer? 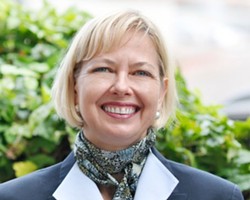 We've got the Alamo.

We've got our down-but-never-out Spurs.

And hey, who knew, but turns out that San Antonio is also home to one of the top tax lawyers in the country.

According to whom, you ask? Well, our nation's leader, that's who.

"Elizabeth has demonstrated unwavering integrity and dedication throughout her career," the president said in a statement from The White House.

Copeland is currently a partner at Strasburger & Price, a San Antonio law firm. She has been practicing tax law for more than a dozen years.

Her presidential nomination has to be approved by the U.S. Senate.

Assuming she gets the green light, it would mark her return to U.S. Tax Court, where she began her career in 1992 as an advisor to a U.S. tax court judge.

Copeland completed both her bachelor's and master's degrees at the University of Texas at Austin.

She didn't respond to a request for comment, but the firm issued a release on Copeland's nomination.

“This announcement confirms that she is one of the finest tax attorneys in the country and is highly regarded by her peers in the legal community,” said Dan Butcher, the firm's managing partner.

U.S. Tax Court is based in Washington, D.C., but it actually hits the road often to hold trials in various cities throughout the country.