What Did He Say? A Guide to the Young Thug Idioglossia 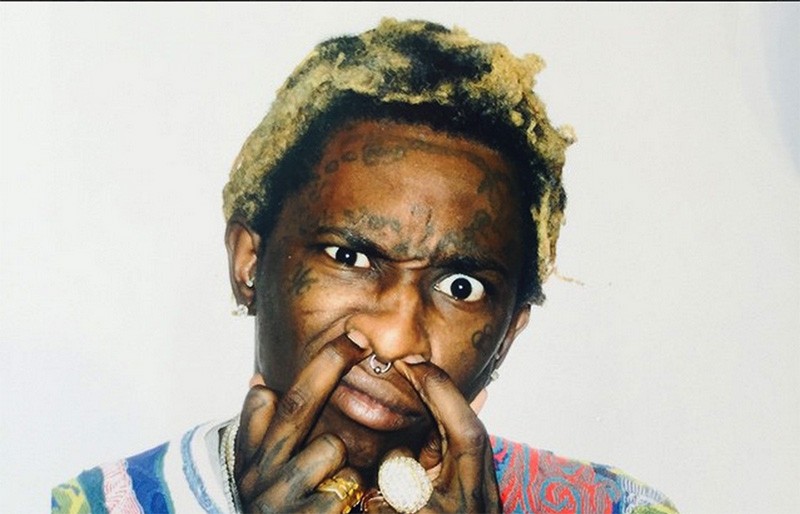 Since the embryonic days of the genre, lasting success in rap means locating your own idiolect, navigating through the language in a way no one else can. Atlanta phenom Young Thug bailed on this step, opting for a private, constructed language in his bars. Like Finnegan's Wake or the Furby, The Young Thug idioglossia is an impenetrable code at first, cracked by repeat listens and self-guided tours of Atlanta on Google Maps. For now, before he morphs again, here's a quick, Rosetta guide to the language of Young Thug.

Chillin', hangin', lampin'. Derived from Blood culture, which generally avoids the letter "C" due to a rivalry with the Crips. I would do bad things to see Young Thug host the "Brought to you by the letter 'C'" episode of Sesame Street.

Use in a sentence: "Catch me boolin' with them slimes, they my youngins."

Use in a sentence: "I really love my slime and my slime love me."

Young Thug enjoys taking other rappers' songs or album titles and changing them ever so slightly. See Barter 6, adapted from Lil Wayne's The Carter series or "The Blanguage" borrowed from Drake's "The Language." For his studio debut on Atlantic, he's taking a step outside this routine with Hy!£UN35, which translates back into English as HiTunes.

At its core, slang is displacement from a word's original meaning. You're cool if you can connect meaning A to meaning D by inferring B and C, or just by asking Urban Dictionary for directions. When Young Thug refers to MDMA as Miley Cyrus, he's transferring the cocaine/white girl dynamic over to Molly. Also, Miley Cyrus broadcasts her drug use like a teenager who took three Jell-O shots at a party one time, so that connection is pretty direct.

Use in a sentence: "I sell Miley Cyrus, ain't no meeting Miley Cyrus. You get Miley Cyrus can't eat nothing for weeks."

The improvised hype-track at the end of a bar. Think of it as being both Chuck D and Flavor Flav on the track. A$AP Ferg, Lil B and Young Thug are the most creative ad-libbers not in jail right now. I miss you, Gucci Mane.