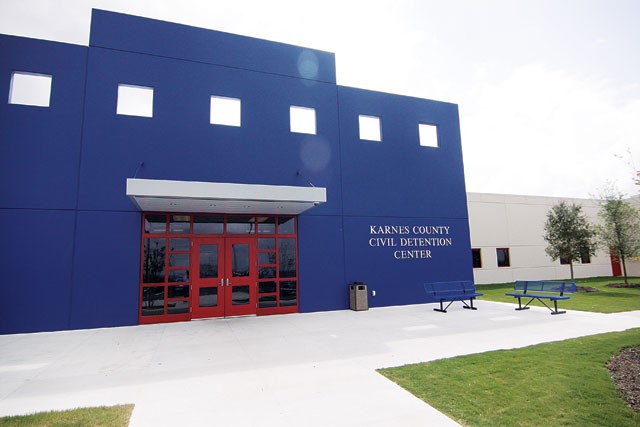 GOP State Rep. Jerry Madden took the helm of the House corrections committee in 2005, just in time for a deeply distressing projection: booming incarceration in our notoriously tough-on-crime state meant Texas would need eight new prisons by 2012, at a cost of about $1 billion. Meanwhile, Madden got stern marching orders from then-House Speaker Tom Craddick.

Pulling from both conservative and liberal playbooks, two years later Texas pushed through landmark criminal justice reforms, shuffling funding to drug and DWI courts, curbing the average time for probation (the prison system's top feeder) and ordering the state parole board to raise its parole rate.

This year, the Texas Department of Criminal Justice's population remained 17,000 prisoners below what state officials had projected, and "right-on-crime" advocates say Texas has saved over $2 billion in the process.

Madden touted the lesson to criminal justice experts and immigration reform advocates from across the country that gathered last week. The forum at UT-Austin's LBJ School, sponsored by Human Rights First, was the first of four being held across the country aimed at carrying prison-reduction strategies over into the nation's booming immigrant detention system, which in 2011, according to the latest Office of Immigration Statistics report, jailed about 429,000 immigrants – a new record, even as illegal border crossers have dropped to a 40-year low.

The U.S. immigration detention network "is a fiscal conservative's nightmare, an absolute nightmare," said Texas criminal justice watchdog Scott Henson, who authors the closely-watched blog Grits for Breakfast. Moderating a panel on detention alternatives, Henson said, "I will tell you that the most right-wing county commissioner's court in Texas wouldn't tolerate for a second the kind of dysfunction and inefficiency and waste of millions and millions of dollars that's apparently just accepted in the immigration system."

It's fiscal reality that began to turn around Texas' incarceration rates. With a history of hard sentencing and a penchant for tough, conservative judges, Texas' inmate population rose a staggering 573 percent between 1978 and 2004, even as the state's overall population rose by only 67 percent, according to data Henson's crunched. When you look at immigrant detention, the structural problems are very similar.

But while Texas in recent years has emerged as a model for other states looking to reduce jail population (though we've yet to see what effect last year's deep cuts at the Lege will have), U.S. immigration policies have followed a track almost solely focused on detention.

So-called "Mandatory Detention" policies have evolved over the past two decades to envelop more and more asylum seekers and border crossers who pose little flight risk or threat to the community, according to advocacy group Detention Watch Network, which estimates 60 percent of immigrants detained fall under "mandatory detention."

Earlier this year, when Immigration and Customs Enforcement opened its GEO Group-run civil detention center in Karnes County, meant to house the lowest-risk detainees, ICE enforcement and removal operations head Gary Mead insisted mandatory detention made such a facility necessary, even if the immigrants housed there posed little or no risk.

Despite deaths, riots, and a steady stream of troubling claims of abuse, ICE detention facilities increased by over 200 percent between 2002 and 2008. The immigrant detention network – half of which is now overseen by private prison contractors – grew fat off initiatives like Operation Streamline, a federal policy expanded in 2005 to detain immigrants who enter illegally. Under that program, first-time border crossers serve a 30-day sentence, while repeat offenders may get slapped with anywhere from a one to 20-year sentence. It appears that jailing so many immigrants for illegal entry has even begun to fundamentally change the makeup of the federal prison population. In 2011, for the first time ever, Hispanics, only about 16 percent of the U.S. population, made up 50.3 percent of those sentenced for felonies.

While ICE says over half of its detainees are deported within eight days, advocates and immigration lawyers all point to numerous cases where immigrants have waited months to even a year for a hearing in the heavily backlogged immigration court system. "Civil detention becomes punitive if it's prolonged," said Barbara Hines, co-director of UT's immigration law clinic. "Unless we're talking about shortening the times of detention, I think we're missing a key part of this whole discussion."

Since 2001, incarcerating immigrants has cost taxpayers some $5.5 billion, while adding to the fortunes of private prison groups like Corrections Corporation of America and GEO Group, which now rely heavily on lucrative immigrant detention contracts with the feds. But unlike the fiscal reality that sparked Texas' criminal justice reforms – a balanced budget every year, no matter what – the feds can keep on expanding and spending on immigrant detention as long as Congress approves it.

Congress is set to approve nearly $26 million for an additional 1,000 private prison beds under the Federal Bureau of Prisons' "Criminal Alien Requirements" program for 2013. Advocates with the Austin-based nonprofit Grassroots Leadership say the CAR program's rife with abuse and waste, and testified last week at a congressional briefing by U.S. Rep. Jared Polis, who's urged for reforms in the immigrant detention system.