Texas is so ‘meh’ about governing that state lawmakers here only meet for 140 days of breakneck-speed legislatin’ — every other year.

Which means that when the 181 voting members of the Texas Legislature gather this week, things could get real weird real fast. Like on the very first day of the 2015 session, when die-hard Second Amendment buffs spilled into one Democrat lawmaker’s office, argued with him over his resistance to “constitutional carry” (the open carrying of firearms in public without even obtaining a license, an issue lawmakers are trying to revive this session), and refused to leave, triggering a new panic-button policy for lawmakers’ capitol offices.

Regardless of whether lawmakers kick things off with a similar bang this year, in some ways the 2017 legislature already looks like it could be a repeat of last session, when lawmakers cut millions from therapy services for poor and disabled kids, passed even more abortion restrictions, implemented billions in tax cuts, and put guns in public college and university classrooms.

That’s because, even though the state has less money to work with this time around (thanks to a decline in oil and gas markets, about $4 billion short of what experts say the state needs to maintain current services and keep up with the state's population growth), the power dynamics under the pink-hued dome of the state capitol building haven’t really changed much since 2015. On the eve of this year’s session, Gov. Greg Abbott (still, relatively speaking, a legislative newbie) has played the part of quiet-but-determined right-wing ideologue – one who seems most concerned with his long-shot idea (and, just so happens, his corresponding book) calling for a constitutional convention so states can seize power from a federal government “run amok.”

And while the Texas Senate was traditionally the more deliberative of state’s two legislative bodies, that changed last session once Lieutenant Gov. Dan Patrick seized the reins and suspended chamber’s longstanding rule that two-thirds of senators have to approve a bill for floor debate — a rule that had for years kept a bunch of right-wing crazy from bubbling to the surface. Ahead of this year’s session, Patrick has already announced a series of legislative priorities that call for, among other things, cracking down on “sanctuary cities,” nullifying local equal rights ordinances and passing even more abortion restrictions.

Meanwhile, San Antonio Republican Joe Straus seems to be sitting pretty for yet another round in the House Speaker’s chair, where he’ll likely continue to face more opposition from the hardliners within his own party than from lawmakers across the aisle, almost like a Tea Party gatekeeper.

Straus’ priorities for the session? Who can say. During a Texas Tribune symposium previewing the legislative session late last year, Straus was asked which state-funded services might face cuts, where he stood on the growing debate over so-called “sanctuary cities,” and whether he’d try to block Patrick’s anti-trans bill from moving through the House. His answers ranged from the super-assuring “we’ll see” to some awkward joke about House members birthing bills that die on the House floor being the reason the chamber got new carpet last year (ew).

As for lawmakers’ decision to slash millions in funding for in-home therapy for poor, disabled children last year, Straus at least conceded that “maybe” that was a mistake. Whether they embark upon more “maybe” mistakes in a more tightfisted session is something budget hawks, progressives and advocacy groups will be earnestly watching.

And so to kick off the session this week, we’ve rounded up some of the dominant, weird, and remarkably awful issues we’ve got our eye on at the start of this year’s legislative shitshow. — Michael Barajas 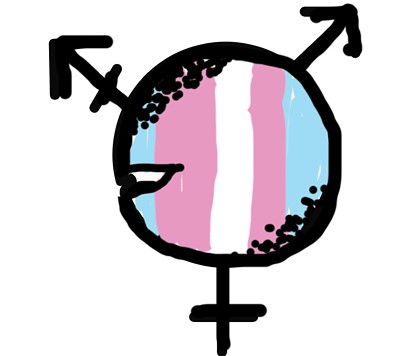 
Last week, Lieutenant Gov. Patrick began his press conference introducing a bill that would segregate transgender people from the general public by quoting Martin Luther King, Jr.: “Our lives begin to end the day we become silent on things that matter.”

Neither Patrick nor GOP state Sen. Louis Kolkhorst, who’s decided to carry Patrick’s legislative priority through the Texas Senate, mentioned upfront the community that would be targeted by their bill: transgender people. Rather, they’ve decided to market Senate Bill 6 as the “Privacy Protection Act.”

State media have settled on the equally obnoxious “Bathroom Bill,” while equal rights activists and trans bloggers, like Houston’s Monica Roberts, have bluntly called it the “Texas Transgender Oppression Act.” That’s because the legislation would ban transgender people from using the bathroom that corresponds with their gender identity in public buildings (libraries, schools, city offices, etc.). Private businesses could decide on their own whether to refuse bathroom access to a trans customer because of their gender identity.

That’s not all. It appears SB 6 would also nullify trans protections in local equal rights ordinances that cities, like San Antonio, have enacted to protect the community from discrimination. While Patrick and Kolkhorst say the bill is about “privacy,” both said the inspiration and model for SB 6 came from the successful local repeal of the Houston Equal Rights Ordinance (HERO) last year, when religious-right conservatives drummed up unfounded fears over bathroom privacy in order to sway voters. In fact, upon announcing the bill, Patrick echoed the anti-HERO rallying cry (“No Men in Women’s Restrooms”) when he said, “This bill stops local cities from passing policies that allow men in ladies’ rooms.”

Chuck Smith, CEO of Equality Texas, called the filing of SB 6 “simply unacceptable,” saying, “As folks get to know transgender Texans, you’ll find that they care about privacy and safety just like everyone else, and simply want to be able to go to school, work, out to dinner, and provide for their families.”

The bill’s many opponents include trans advocates, civil rights lawyers and business owners who fear the bill could scare business away from the state. One Texas business advocacy group estimates the state could lose out on $8 billion a year if the bill passes. San Antonio business owners are particularly worried about the NCAA pulling the 2018 Men's Final Four out of San Antonio should Patrick’s bill pass — something the NCAA did to North Carolina after the state passed a similar anti-trans bill last year. Studies have estimated that North Carolina has already lost nearly $400 million in business revenue and 1,000 jobs since the law went into place.

Patrick’s response? All of those concerns and questions over SB 6, what restrictions it would place on the state’s transgender community, and how it could impact the Texas economy? It’s actually just “fake news.” — Alex Zielinski