What to look at next week 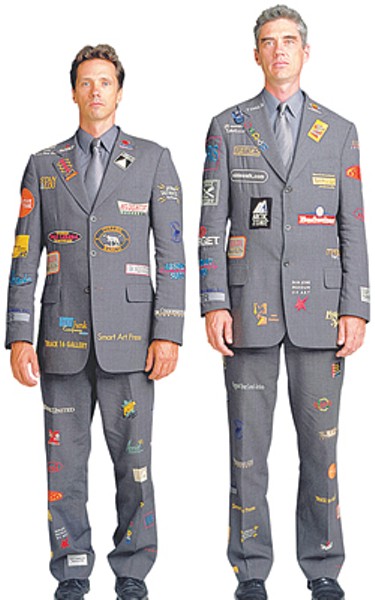 The surprising thing about Abstract Expressionism in this multimedia age is that when you see a really good example of it, it’s still exciting and energizing. Which ruins one theory about contemporary sightings of the mid-20th-century movement: that the style falls flat outside of historical context. No, it’s just that, like any medium, some of it’s good and some of it ain’t — a judgment that inevitably will run into the descriptives welded to Jackson Pollock and the New York School: powerful, potent, action, virile, etc. Male modifiers for a movement mostly associated with men.

McNay Chief Curator Rene Barilleaux reminds us that women were influential Abstract Expressionist painters, too, with a one-woman show starring New York-based Judith Godwin. Godwin moved to the Big Apple in the early ’50s, right in the middle of America’s storming of the international arts scene and accordingly, the paintings feel familiar, but not passe. Barilleaux has arranged the show chronologically to explore her evolution on the canvas, but also the era’s developments and artistic cross-pollination: from early works that still contain recognizable forms, through modestly sized paintings thick with curls of primary paint, or minimal and Eastern, with pale clouds of pigment bleeding into raw canvas — revealing apprenticeships and interactions with abstract pioneers the likes of Hans Hofmann and Kenzo Okada. As the decade passes, Godwin’s paintings become large canvases filled with massive strokes of paint as powerful and vivid as Motherwell, or Kline — to whom one critic compared her, says Barilleaux, calling her Franz Kline with color.

“It’s sort of a behind-the-curtains view,” says Michael Galbreth. “In a way. In a way.”

Maybe you only know Galbreth and Jack Massing’s work from their LED installation at the `we shall not speak its name` airport in Houston, which wouldn’t be a bad thing — wandering into it unsuspectingly is like finding a spaceship designed by fabulous gay aliens waiting to take you away from a dreary purgatory of fast food and Brookstone crapaphernalia.

The humor in the Art Guys’ performance and multimedia work comes across as a cheerful, devil-may-care intellectual aggression, softened by appealing accents and made irresistible by a willingness to fail, as if behind the (officially sanctioned) references to Fluxus, Duchamp, and court jesters, there’s a big stack of fluffy pancakes waiting for you, and ... they’re just pancakes. Go ahead, eat ’em.

Jack Massing mentions “a warm, fuzzy feeling,” Christmas morning, slippers, and something about cocoa, maybe. Galbreth (provoked by a convoluted question about marketing, consumerism, and art) says that “bullshittiness” is out there, but it’s not marketing’s fault (“I mean, Jesus, open any art magazine, and you’ll get it.”) Mainstream media, in fact, isn’t doing enough. Go on, name five living artists (well, not you, obviously, but you know what he means.)

“God bless Michael Phelps,” he says, “but he just swims.”

Two reasons to attend the September 9 lecture and performance, “The Art Guys: Truth be Told:  A multimedia journey through 25 of our best years as collaborators in the visual realm”: 1. They won’t be at the September 3 opening. 2. Massing says he’ll play a few singles from the forthcoming The Art Guys Silver Jubilee Tribute Album, which includes original work by Terry Allen, Ken Little, Joe Ely, and Massing the Younger. •