November 10, 2017
comment
Anybody that follows Whataburger on social media knows that their posts are always on point. They're aware of pop culture, don't mind throwing a bit of shade, and usually include pictures of their delicious burgers, which is always a win in our books. 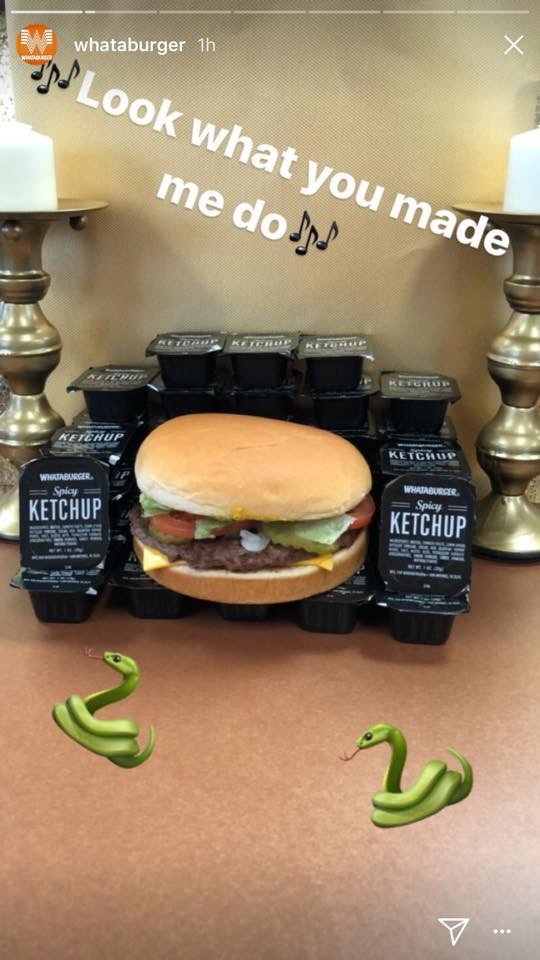 Earlier today, the Texas chain posted a series of photos parodying Taylor Swift's music video "Look What You Made Me Do," the first from her album Reputation, which came out today. 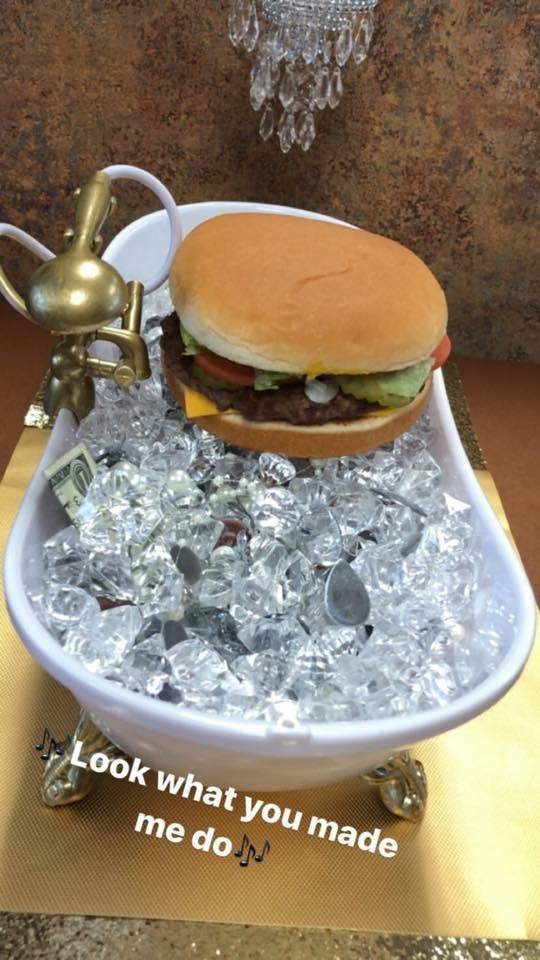 In case you missed the buzz on social media when the music video was released in August, Swift basically pokes fun at herself with past versions and chronicles some of the scandals in her career thus far. This snap especially was perfectly on point.

(Re)watch the music video and see just how perfect these snaps were. You win again, Whataburger, you win.