When Hollywood runs out of ideas..there's always the '80s

I just about choked on my popcorn when I saw the latest trailer for yet another Reagan-Era remake destined to manifest itself in 2010. What is this obsession with â??80s movies? Several movies from the time of spandex and Rubik's cubes are either already in post-production or set to film as we speak. So let's take a quick trip and see what kind of excitement or disappointment the latest batch of remakes stands to give us next yearâ?¦

The Karate Kid gets a reboot next year with none other than Jackie Chan and Jaden Smith. The biggest change is that it will be set in China instead of southern California. Will “jacket on, jacket off” be as amusing as“wax on wax off” or will the scheduled June 11, 2010 release mean a truly “Cruel Summer”?

Were you scared shitless to use the toilet for fear that a set of finger knives might slice your dearest of body parts?

Teeny boppers everywhere were beside themselves when it was announced that Zac Efron would be filling Kevin Bacon's shoes as Ren McCormack. Then in March of this year Zac pulled out reportedly to avoid getting typecast in cheesy musicals. This could be true considering the fact that Efron's former High School Musical director, Kenny Ortega, was slated to direct the film.

The Wolverines return to the big screen in September 2010 with an all-new cast including Tom Cruises's son Conner in the role of Darryl Jenkins `the Wolverine who swallowed a tracking device after capture`.

It pissed me off when they chose Marky Mark `Wahlberg` of all people to replace Charleton Heston in the Planet of the Apes remake, and Sean Bean was less than thrilling in Rutger Hauer's role in The Hitcher remake. This time however, I think Hollywood has made a good choice in casting Liam Neeson to replace Lawrence Olivier as Zeus in the new Clash of the Titans. Neeson also reunites with his Schindler's List co- star Ralph Fiennes, who plays Hades. 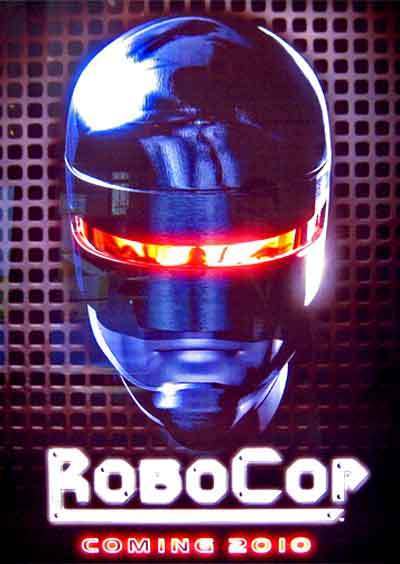 Although still in talks I thought it was worth mentioning that MGM keeps dropping hints at a brand new RoboCopâ?¦get thisâ?¦in 3D.