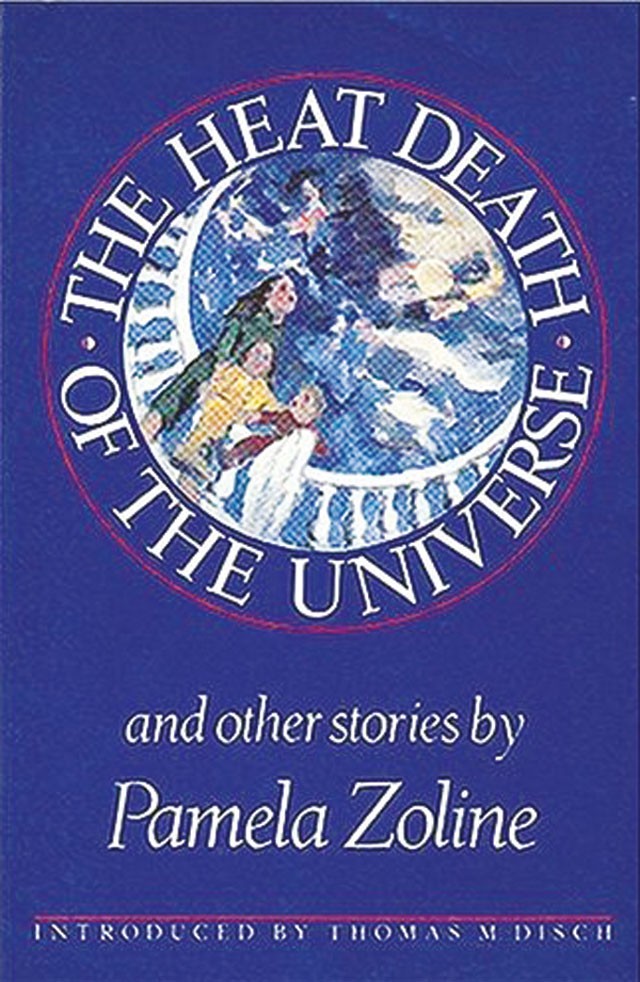 Before Star Wars ruined everything for science fiction by introducing to the general public a fallen Republic, which J.G. Ballard aptly called “Hobbits in Space,” there was a short-lived literary movement referred to as the New Wave (really just a ripple) that took inspiration from the pataphysics of Alfred Jarry and the cinema of Godard. Working within the tropes of “soft” rather than “hard” sci-fi, writers like Roger Zelazny, Thomas M. Disch, and Ballard endeavored to explore inner instead of outer space. With concentrated experimentation and employing self-consciously allegorical tones, they set out to write the genre for adults, but mainly just ended up writing for depressed and debauched guys: rocket ships were replaced by low-flying aircraft, and the mad scientist gave way to the detached doctor.

Cut to Pamela Zoline in 1969, a young artist painting fauvist angels and writing about entropy as if it were the first phase of a Tupperware party. “Gum drops and melted ice cream surge off paper plates, making holes in the paper tablecloth through the printed roses. A fly has died a splendid death in a pool of strawberry ice cream. Wet jelly beans stain all they touch, finally becoming themselves colorless, opaque like flocks of tamed or sleeping maggots.”

In Zoline’s only collection, The Heat Death of the Universe and Other Stories, comprised of five stories written over the course of two decades, aficionados of this dissolving inner-space genre — which can usually be described as architects getting into auto crashes — are witness instead to weeping robots, masks of Shakespeare as cereal-box art, and the terrifyingly logical phenomena of children being stolen and relocated around the globe in a humanitarian prophylactic guarding against the potential ravages of nuclear war. If The Heat Death of the Universe has trouble finding footing in the historical footnote that was the New Wave, the seductive caution of its prose absolutely prefigures films like Safe and Eternal Sunshine of the Spotless Mind. New Wave soon gave way to Cyberpunk, which soon gave way to many Keanu Reeves movies.

The Heat Death of the Universe and Other Stories