Say you're a white male who just moved to San Antonio, and you want to live close to work. There's just one problem, you work on the Southside and, Jiminy Christmas, you've never seen so many Mexicans in your life! It's unbelievable how many vatos are all up in your H-E-B buying these bags of something called "Take-eez" and these purple bottles that say "Fa-boo-law-so" on their label. Are you even supposed to be down there? Is it even safe?

That's what a new resident who is unaware that people of different races and backgrounds can live side-by-side asked in the San Antonio Reddit. In a post titled "White Guy moving to Southside! Is this a bad idea?" a user named NowASanAntonioGuy expressed concern of potential dangers as the whitest white who ever whited Zarzamora Street.

I just got to SA yesterday and I'm wondering what you all think of this: I work at Southwest General and I want to avoid traffic as much as possible (the drivers here are crazy). I am thinking about signing a lease at an apartment complex near the mall. The apartments appear safe. Nevertheless I'm concerned about my safety and the security of my apartment. I went to HEB there and everyone was hispanic and I stood out. If I moved to this apartment complex would I be seen as a target? It wouldn't be cool to come home from work one day and find that I've been wiped out.

Let's all marvel at this Caucasian pioneer who unwittingly stumbled on an Anglo wasteland. His bravery is a source of inspiration. Now he shouldn't be too alarmed, but everyone south of Highway 90 was alerted to his arrival via the Mexican newsletter. No one will bother him so long as he keeps looking terror-stricken in the grocery store. And if his car is not a tricked out low rider with spinning rims and an airbrushed Virgen de Guadelupe on the hood, he shouldn't have anything to worry about. 'Cause that shit's not worth it. Am I right, holmes?

The responses from Reddit users were remarkably civil, considering. But some users called him out for his generalizations. When asked point blank how the racism was treating him, he defend himself.

I'm new to the area so I have no clue what things are like here. I did not say that hispanics are criminal, I'm just trying to get an idea about whether or not I would be welcome here or not.


He's not the racist one, but there's a possibility that all the brown people might be. Better safe than sorry, right? It's perfectly reasonable to assume that all Mexicans have a collective hatred of one white person, but it's completely ludicrous (and frankly rude) to make the assumption that one white person is scared of all the Mexicans. And he didn't say Latinos were criminals. He just said that they might break into his home and car and steal all his stuff.

One user said he could relate:

I know what you mean, primo. I live up on the north side and some cholos moved into my zip code. I didn't think much of it until the next day my pinche troca was all up on blocks and shit. Like, everyone's was. I had wheel locks y todo. -OldArmyMetal


Another response started out well-meaning, but then ... not so much:

South side is cool. I grew up there. It's a pretty relaxed part of the city. Also, white people don't stand out nearly as much as black people.-sniffing_accountant 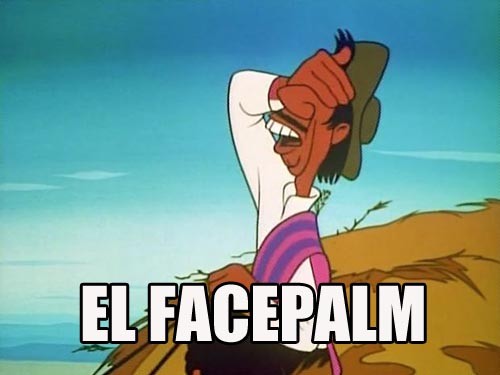 Another user suggested he head as far north as he possibly can:

If you're that scared go hide up in stone oak like the rest of the people who can't handle being around brown people. I'm sorry but this is a ridiculous question. Nobody will rob you just because you're white. -ThrowAGuey2


But, OH MY GOD, there's Mexicans there, too:

ummm you haven't been to stone oak lately have you bud. lmao there are a ton of Mex Nat. living there. Im brown as hell and live there. -RowdyTex123

From what I understand, some of those Mex-nats there are cartel. Ironically, this would make it a much safer area. -Xephyron


And of course, this being San Antonio, the conversation turned back to tacos and other places to eat as one kind user suggested posting Southside restaurant recommendations to help our new guero neighbor get better acquainted with his hood. User mrsgingersnaps suggested Don Pedro's, Griff's Hamburgers, J. Anthony's and "Fred's Fish Fry if you wanna feel like you're on the set of Breaking Bad."

Lets hope the original poster takes her suggestions and gets more familiar with his neighborhood. If he does move in, he should probably introduce himself to his neighbors and attempt get to know them. Knowing who he lives beside will help him come to realize that the Southside is not just full of Mexicans, it's inhabited by a cross-section of different people (but mainly Mexicans), each an actual human being with full, complicated lives who do not care that a gringo was spotted driving down S.W. Military. And in the event that he does get robbed—it can and does happen, on any side of town—he shouldn't blame Latinos. Blame the person who robbed him instead. And if someone breaks into his car, it's not because he's white. It's because the car was there.