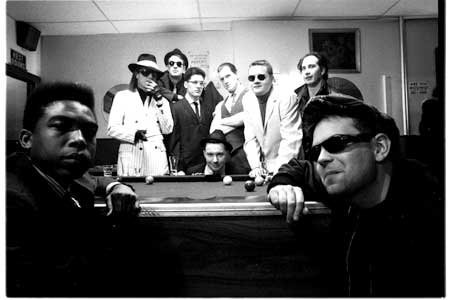 One week after the perpetually corporate, exponentially crowded and supremely overindulgent clusterfuck that is the South by Southwest music and everything-pop-culture festival, San Antonio's R Gallery will host the SOUTHxSouthtown festival. As part of the city's annual Contemporary Art Month 20 bands will perform over the three day festival and, as an additional bonus, this year's Saturday night headliners will be NYC ska legends The Toasters.

The annual event, held for the second year at Southtown 101, will feature three nights of some of San Antonio's best (and worst) bands – surely, we can't love them all, can we? – and will provide food trucks, art vendors, a massive 60x40 foot tent, in case of shitty weather, and music, which I'm told makes the people come together, yeah.

Tickets are $15 per day or $30 for all three, Thursday, March 24 through Saturday, March 26. They can be purchased from southxsouthtown.ticketleap.com and a portion of the profits will go towards a local school. Good karma, baby.

Here is the schedule:

The event will be sponsored by World Audio and Lights, Pedernales Brewing Company, Studio One Zero 3, Ministry of Nightlife, Century Music and Robot Monster Guitars.