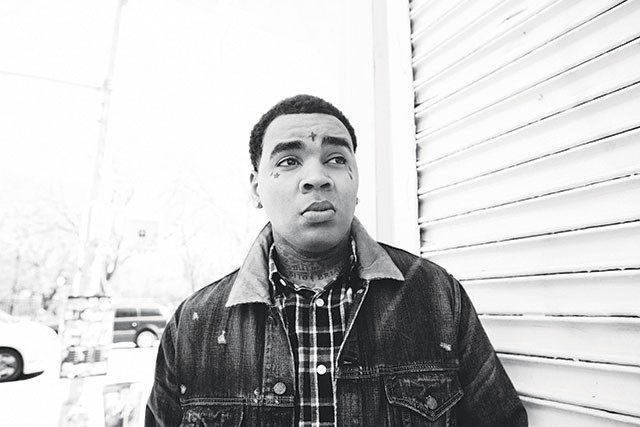 Over the past six years Kevin Gilyard, better known by his rap name Kevin Gates, has fought successfully, with smarts and bravado, to carve his name on the altar of hip-hop credibility. With a style that’s as far-reaching and diverse as it is true to its Dirty South roots, the Baton Rouge native and recent Atlantic Records signee takes all of your expectations of gangsta rap and exceeds them. It’s no wonder XXL Magazine recently named Gates to their 2014 Freshman Class—a distinction celebrating young rappers who stand head and shoulders above the pack. At 28, Gates is a cat that you’ll definitely want to keep an eye and ear on for the foreseeable future. But first, a look at where he’s been.

Boosie Beginnings
Back in 2007, when he released his street-focused, hard-knockin’ Pick of Da Litter mixtape, Gates’ crew consisted of fellow Baton Rouge (or “bloody sticks”) rappers Webbie and Lil Boosie. At this early stage, Gates’ penchant for songcraft already showed talent above and beyond that of his associates, but his focus was on appealing exclusively to people embroiled in the street struggle. After another mixtape, 2008’s All or Nuthin, both Gates and Boosie found themselves, in unrelated cases, incarcerated. Jail time served as a wake-up call to Gates, reminding him that rap doesn’t have to be a chain forever fastening him to the thug life.

Young Money
Out of the pen in 2011, Gates went immediately to work with a new determination and a musical palette that expanded on what wisdom prison had taught. During this time, as Gates worked tirelessly on new material, he gained the attention of Southern rap bigwig Lil Wayne, who signed him to the management wing of Young Money Records.

Mixtape Don
With cosigns from Weezy and numerous others, Gates set his sights on the highest heights of rap legacy. Newly enraged at the injustic cycles of crime, poverty and incarceration, and reinvigorated in his craft, Gates has released six mixtapes in less than two years (all available for download at datpiff.com). The most recent pair, Stranger Than Fiction and By Any Means, speak to a two-tiered paranoia; that of the hood life and the violence that attends it (as on “Homicide” from By Any Means) and that of stardom’s fakery (as on “Smiling Faces” from Stranger Than Fiction). Far from one dimensional, these two most recent mixtapes are, sonically and lyrically, the quintessential works of a dynamic creator in a genre that can so easily stagnate.