Why I Still Want My MTV 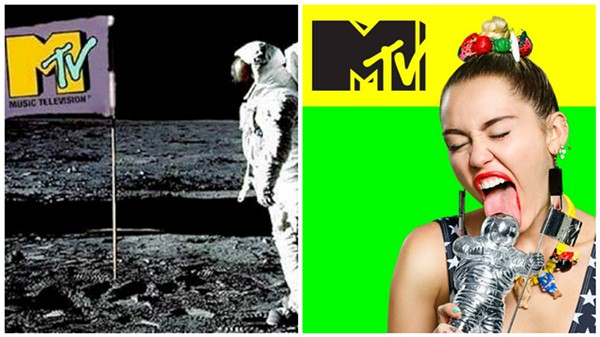 MTV's not a rebellious teen anymore. The once revolutionary channel is turning 35-years-old next month, and not without the obligatory midlife crisis.

The never-ending television supply marked a radical change from the baby-boomers to the new era, generation X. For all of us now hooked on the modern luxury of 24-hour entertainment, the thought of how television would cut to eerie static after playing the Star Spangled Banner is the stuff of nightmares. The patriotic descent into hell is of the past, as basic channels keep on-air with infomercials for fluff like Girls Gone Wild (before it's bankruptcy), the Bow "full gym experience at home" Flex and the nauseating America's Diamonds broken record tape.

MTV and the introduction of cable to the masses is perhaps best summed up in a brilliant 1991 episode of the Simpsons, "Homer vs. Lisa and the 8th Commandment," for those who weren't there to experience the hysteric excitement - or the hefty sum of money - of the TV revolution. Cable TV was, and still is, the equivalent to Wi-Fi and surfing the web.

But, despite MTV's reliance on reality television rather than the music videos that made it famous, the channel should still be celebrated for what it once was. MTV is a lot like Madonna, one of many pop stars to whom the network provided a platform, because despite both pandering to young audiences, it doesn't take away from their groundbreaking influence. "Bitch, I'm Madonna" is about the same as "Bitch, I'm MTV."

Below is a brief timeline outlining the rise and inevitable fall of Music Television.

"Ladies and gentlemen, rock and roll."

The short sentence set fire to pop culture in 1981. In the minute the screen went black at 12:01 p.m., MTV was born and American culture would be blown to smithereens. After the dust settled, the music biz would never be the same. "Video Killed the Radio Star" by The Buggles was the first music video played, and every word of the new wave one-hit wonder came true, like a pop Nostradamus.

And this is the channel that gave us Jersey Shore and Teen Mom.

Shit got real in 1982 when the first crop of famous rock stars, including Pete Townsend, Stevie Nicks, Mick Jagger, Adam Ant, Pat Benatar, The Police and David Bowie made ads exclaiming "I Want My MTV" in front of garish, '80s-tastic backgrounds and animated doodles.

"For no mere mortal can resist/The evil of the thriller"

The "Super Bowl for youth"

Still one of MTV's saving graces, the 1984 Video Music Awards started with controversy, way before the "Imma let you finish" heard around the world, starting the Kanye-Taylor feud. In a conservative America, the image of a wedding gown clad Madonna singing "Like a Virgin" while provocatively rolling around a stark stage to expose her garters and underwear on national television, was shocking. Less memorial performances from Huey Lewis and the News, Rod Stewart, Tina Turner and ZZ Top finished off the inaugural show. In addition, 1992 saw the premier of the MTV Movie Awards.

Even though MTV Spring Break didn't reach it's peak until the '90s, 1986 saw the start of it all with live coverage from Daytona Beach, Florida. Throughout it's run over the decades, MTV Spring Break saw stars such as Destiny's Child, No Doubt and Paris Hilton get wet 'n' wild.