Why Your College Major Doesn't Actually Matter In Life 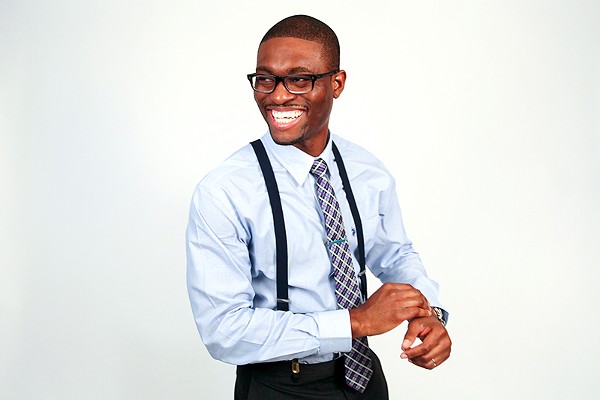 Uchennaya Ogba planned to be an engineer all along.

Ogba, a native of Nigeria, graduated from Trinity University in 2010 with an engineering science degree. And he put it to use at first, designing solar modules for a company in Miami right out of college.

It was a great gig. Ogba enjoyed the work and he was handsomely compensated for it. Living right by South Beach didn't hurt, either.

But even though Ogba liked the job, bigger things beckoned.

He saw that some of his co-workers in the sales department had more control over their schedules and salaries. That appealed to him — he wanted to be his own boss and have the opportunity for greater say over his earnings. He moved back to San Antonio, sensing opportunities for growth.

Ogba and his wife, Christian Reed-Ogba, sat down one night to plan their future. Suddenly, engineering wasn't in the picture.

"We had a great conversation about what we wanted to do in life. We came to the conclusion that San Antonio didn't have a public relations firm that offered what we could do," Ogba said.

That was about four years ago. Now their company, BethanyEast PR & Management Consulting, boasts clients such as the City of San Antonio, The Westin Riverwalk San Antonio and the Alamo City Black Chamber of Commerce.

It's a far cry from his engineering coursework at Trinity, but Ogba said that there's more crossover between his current job and what he studied than one might expect.

"Problem solving, math skills, being able to deduce various things, that really has helped me not just see things from a surface level ... to start a business," Ogba said. "Maybe I could have done marketing and saved myself the time and energy and sleepless nights, but I live my life with no regrets."

Ogba's case illustrates a rarely whispered but fundamental truth about higher education: your major, to a large extent, doesn't really matter much.

That doesn't mean that the work you do in college isn't important (though, if we're being real here, there's definitely a fair share of that). It means that what you can do as a result of what you study is far more important than the topic of the coursework itself.

Because, in all likelihood, you won't end up working in your field of study.

Only a quarter of college graduates work in fields related to their major, according to a 2013 study by the Federal Reserve Bank of New York.

Maybe that's liberating? Maybe that's terrifying? Probably both. But it's something I wish that someone would have told me when I (fairly aimlessly) double majored in political science and French some moons ago.

Of course, such studies don't account for one's passion or whether it's important to an individual to make money in their major's field. There are plenty of artists who sustain themselves with a job unrelated to art, but still create it. The same might go for videographers or historians.

And there are varying degrees of a major's importance to a career path. It's hard to get the training to be an accountant if you don't study accounting. And though you can apparently work outside of engineering if you have an engineering degree, it's difficult to do the opposite.

But for the rest of you — all of you squishy, soft-skilled, liberal-arts-studying hope-for-the-besters like myself — the world is more or less your oyster. Study what you want, but acquire the skills you need to land a gig you love.

Preble, who runs the Get a Direction Career and Counseling Center in Boerne, doesn't use traditional career surveys like the Meyers-Briggs Type Indicator. Instead, she advises college-bound clients to consider two main factors when picking a major: What are your intrinsic strengths and what would make work meaningful to you?

"Even if you have a bad day at work, you can still leave work and say ... 'At least the work is still meaningful,'" Preble said.

That's tough to find when you're 18 — especially when you think you've already got your career path all figured out. But keeping those questions in mind and focusing on acquiring transferable skills could make a big difference come graduation, Preble said.

And she would know. She only landed in her current field after spending five years in human resources. Preble said she found her passion counseling failed job applicants on their interview skills after telling them they didn't get the job with her company.

"What was happening to me is instead of just interviewing people for the jobs at the corporation I was working for, I just had this heart for people who were confused or couldn't articulate what they wanted to do," Preble said. "I found myself getting into counseling, but that's not what my job was."

But to make the best investment of your college experience — and avoid sinking more time and debt into a degree that, on its own merit, may or may not be worth much — Preble's advice is to get outside the classroom, find what you love, and get the skills you need to do it.

"You have to acquire some skills to make an employer see that this student did more than show up to class every day, learn the material, and maintain a 4.0," Preble said. "Just [a degree] is not a ticket to employment."

So would-be anthropologists, art historians, creative writers and of course journalists — take heart. There's hope for you and your bank account yet. Study what you want — just pick up some marketable skills to go with your major.