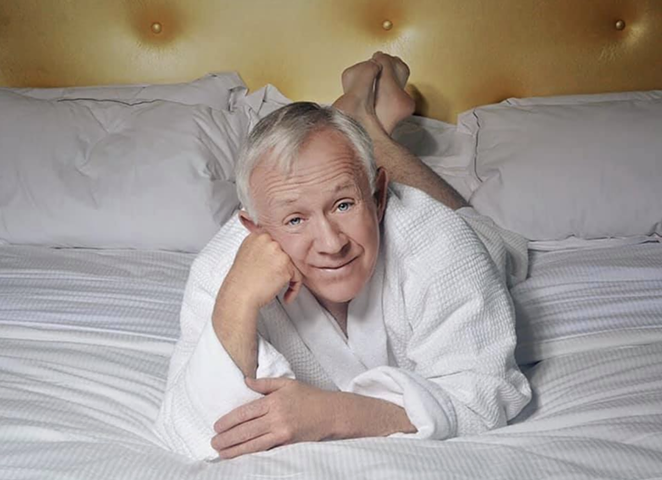 Diminutive gay icon with a heart of gold Leslie Jordan has taken a break from his adventures in cat rescue to tour the country with his latest one-man show. As part of a slew of Texas dates, he'll soon slide into San Antonio.

A Hollywood veteran, Jordan's more recent work includes a role on FOX's The Cool Kids and appearances on the Coven and Roanoke seasons of Ryan Murphy's American Horror Story. But longtime fans will know him as Will & Grace's Beverley Leslie, or maybe even Lonnie Garr from early-'90s John Ritter vehicle Hearts Afire.

Following up the shows Hysterical Blindness and Other Southern Tragedies That Have Plagued My Life Thus Far and My Life on the Pink Carpet, Jordan's third autobiographical production, Exposed, is much shorter in title, but not in depth. Jordan takes the stage with his trademark syrupy Tennessee drawl to recount stories of growing up "as a flamboyant youth raised as a Southern Baptist." He also spills the sweet tea with behind-the-scenes anecdotes from his life as a working actor.

Per Jordan: "You better come, or I'll stab you with this Emmy!"

leslie jordan things to do in San Antonio woodlawn pointe