Will Climate Change Impact Bird-Watching in South Texas? Some Say It Already Is

One of the country's premier birding destinations is right in our own backyard.

The Rio Grande Valley is a bird-watching mecca for many reasons: The region's tropical climate brings in birds that might otherwise require an overseas trip to see. It's a major north-south migration flyway for hundreds of species. And the mild winter allows for year-round birding that's impossible, or at least quite uncomfortable, in other parts of the country.

As a result, birders from all over the world come to the Valley to add rare specimens to their life list and to soak up the South Texas sun. It's a boon for the local economy, and a point of pride for residents and amateur naturalists.

Tim Brush would know. He's a biology professor at the University of Texas Rio Grande Valley and an avid birder who's studied the region's birds for over two decades.

"The Valley, it's certainly one of the very top birding destinations in the U.S.," Brush said. "We're very important because we offer people a chance to see tropical birds without going out of the country."

Though there are concerns over what South Texas birding will look like in the future, the region still hosts a lush, vibrant array of birds at the moment.

Birds tend to linger in the Valley during the fall migration season. Many travel thousands of miles and use South Texas as a stopover to munch on insects and berries, fattening up to bank energy for a long journey.

But the birding landscape of the region is changing. Warmer temperatures are luring birds that normally wouldn't come as far north as the Valley, while other birds are becoming scarcer due to habitat destruction.

"There are bird species that have spread north and become more common in the Valley and South Texas. That may be partially due to climate change, but it's been going on for 80 or 100 years, probably before climate change really started," Brush said. 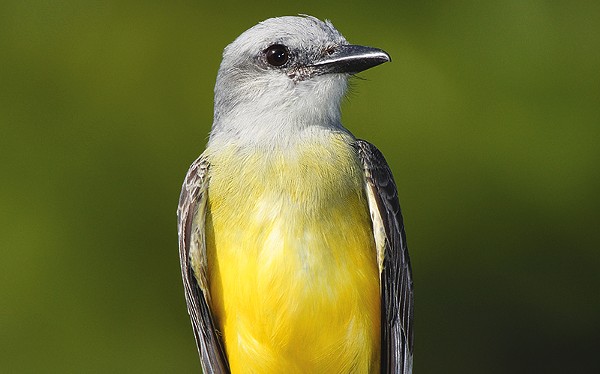 Take the tropical kingbird, which is a bird that's becoming more common. It's a small grayish-green and yellow bird with a sharp, pointed beak. Once there was only a single spot near Brownsville where you could see it, according to Brush. But that's no longer the case.

"They're still a good bird to see, and people still come to the Valley to see it ... but they're more widespread than they used to be," Brush said. "It gradually spread north and now they seem to be pretty well-established in the Valley."

The same goes for species such as the clay-colored thrush, which is well-adapted to living in a more suburban environment.

Brush isn't the only one to notice this. In the book The Changing Climate of South Texas 1900-2100, ornithologists John Rappole, Gene Blacklock and Jim Norwine hypothesize that "rapid ... northward and eastward shift in the breeding ranges of several ... bird species in South Texas and northeastern Mexico is occurring due to climate change."

The authors concluded this by studying the historical ranges of birds found in the region, comparing them to current reports from the field. The data is mostly anecdotal, and they stress the need for greater investment to find empirical backing. But the sheer scope of the movement — the authors counted over 70 species whose ranges have dramatically changed — suggests a cataclysmic cause.

"Northward range expansion of subtropical bird species in South Texas may be related in ways that are not yet understood to increasing temperature," the authors wrote. "We are not aware of any other single environmental factor with which range change for 70 bird species might be correlated."

The yellow warbler, a cheery little bright yellow bird, once ventured no further than southern Tamaulipas, but it can now be seen on South Padre Island. A more extreme example is the pyrrhuloxia, a gray and red bird that looks similar to a cardinal. It was rarely seen beyond the very southern tip of Texas in the mid-20th century, but these days it lives as far north as Midland. 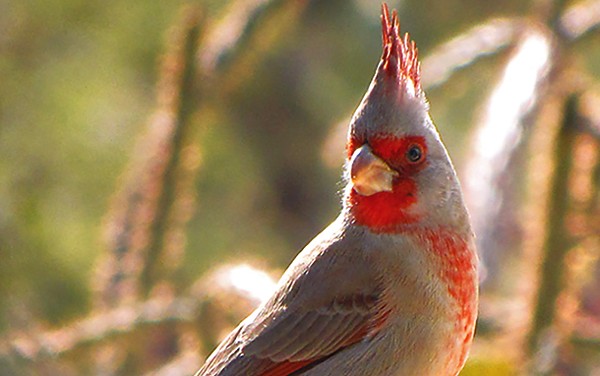 But on the other end of the spectrum, birds such as the red-billed pigeon and the tropical perula are disappearing along with the ecosystems which support them. Brush said that the impacts of urbanization in the Valley can be extrapolated across all of North America.

"You have to look at it at an even broader scale. Is what's happening in the Valley happening across the U.S. and Canada?" Brush asked. "In general, certain birds that are pre-adapted to living with people, or at least in the habitats we create, those species are spreading and doing well."

The fact that more birds are changing their migration habits isn't problematic in and of itself. And if South Texas birders add a few unexpected species to their life lists, that's pretty neat. But when combined with habitat destruction, the environment becomes suitable for fewer and fewer birds, leading to biotic homogenization — science speak for species dying out, resulting in a less diverse ecosystem.

The final result, in the long-term, is a departure from the ecosystem that defines South Texas, and from its ultra bird-friendly habitats.

"If our hypothesis is correct, the ecological and evolutionary effects could be profound," the authors wrote. "Based on the observed shifts in bird species' distribution ... it would appear that these changes are well underway."